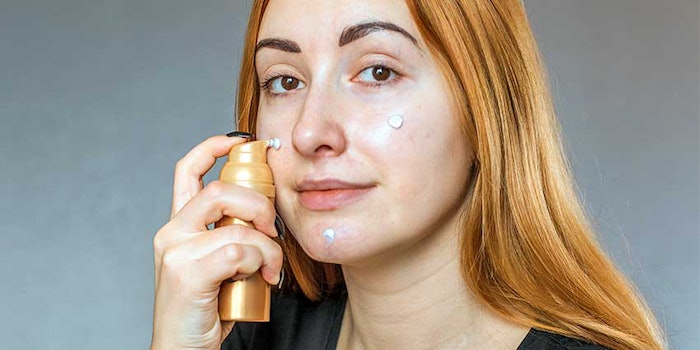 As previously described, the ingredient is based on an antimicrobial peptide derived from fermentation technology. Lactic acid bacteria such as Leuconostoc kimchii produce such peptides as a natural defense mechanism. These peptides, known as bacteriocins, are composed of a relatively short amino acid sequence (< 50) that correspond with microbial membranes and cell walls of competitive microbial species.

Once the peptides have associated with the cell, they create pores that interfere with the cell’s ability to regulate the osmotic balance between itself and its external environment, eventually leading to cell death. Leucidal Liquid is thus targeted to provide antimicrobial efficacy as well as the promotion of commensal bacteria balance on the skin to help repair and prevent the visible signs of acne.

Based on these results, the company proposes the addition of this ingredient to formulas provides formulators not only the opportunity to use the natural antimicrobial properties of Leucidal Liquid, but also its ability to provide moisturizing benefits to the cosmetic formulation. These properties make it ideal for applications addressing numerous skin and scalp conditions.

Previously, U.S. Patent 10,159,708 describes this ferment filtrate as a method for treating acne, allowing cosmetic formulators to utilize the antimicrobial benefits for upholding formula integrity as well as improving the condition of acne-prone skin. The new U.S. Patent Application 16/205,883 presents an anti-acne composition consisting of this fermented product at 5% to 20%; water at 75% to 95%; and at least one of: xanthan gum or an o/w emulsifier blend at 2.5% to 10%. This pending application broadens the composition listed previously for greater IP coverage.