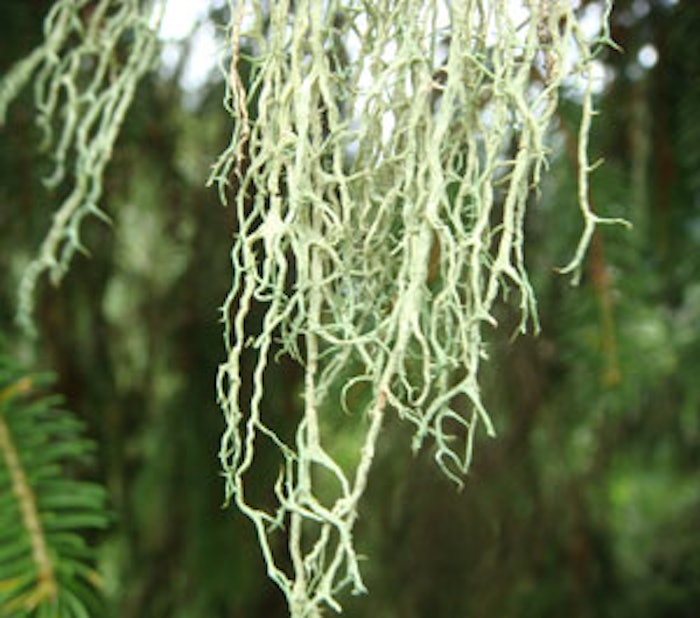 At In-Cosmetics Asia, Cosmetochem International AG will be launching a deodorant and antibacterial active derived from alpine lichen. usNeo (INCI: Propanediol (and) Usnea Barbata (Lichen) Extract (and) Tromethamine) is said to have an antibacterial profile against Gram-positive bacteria, specifically against those bacteria causing body odor, while preserving normal skin flora.

The active contains a dextro-rotary form of usnic acid extracted from Usnea barbata (alpine lichen). Usnic acid, a naturally-derived complexing agent from molasses, has known antimicrobial properties and has been used in traditional medicine in many countries to treat various ailments including dermal problems.Usnic acid has been found to posess antibacterial activity, especially effective against Gram positive bacteria. Usnic acid is known to be effective against Staphylococcus aureus and MRSA, Staphylococcus epidermidis, Streptococcus mutans, Propionibacterium acnes and Corynebacteria. The acid has also shown anti-inflammatory, antioxidant, UVB protectant and wound-healing properties.

To test the active's effectiveness, it was compared at 2% against 1% ethyhexylglycerin and 0.3% triclosan. Formulations contianing one of the actives were applied over five days to one armpit of 20 volunteers, with the other armpit being the control. Measurements were taken at 0, 12h, 24h and 48h after application. After 24 hr, the active, triclosan and ethylhexylglycerin showed a 32%, 29% and 1% reduction in underarm odor, respectively, compared to the control.