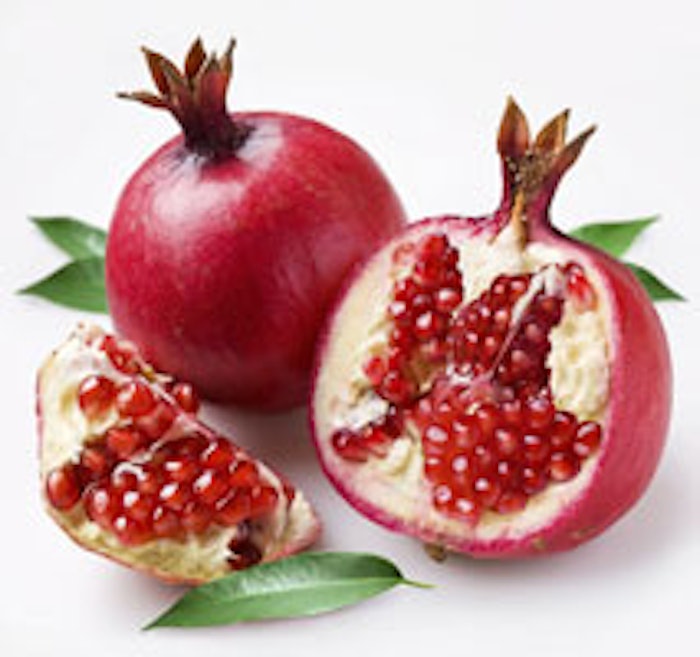 Solabia will introduce a cellulite-fighting derivative of pomegranate to the US market at the 2010 NYSCC Suppliers' Day. Delipidol (INCI: Tyrosyl Punicate) is designed to decrease the orange peel appearance and protect against cellulite progression. The molecule in the active was obtained from punicic acid, an omega 5 fatty acid of pomegranate seed oil, through a biotechnological process without the use of solvents. Punicic acid was chosen for its ability to reduce lipidic accumulation while serving antioxidant and anti-inflammatory effects.This material was then combined with tyrosol, which was similarly chosen for its antioxidant effects.