The Bright Side—Formulating Lighteners to Protect and Maintain Skin Health 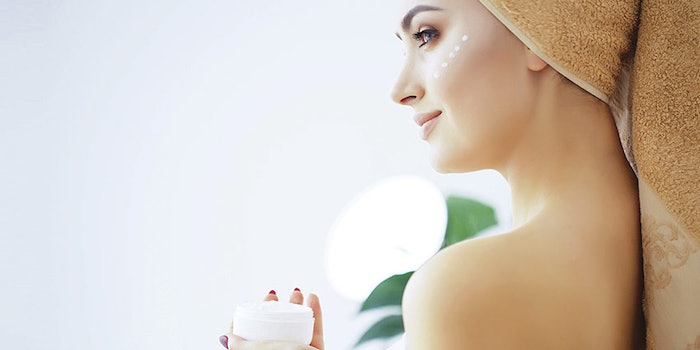 The market for lightening and brightening cosmeceuticals has continued to grow. This is not surprising since research indicates evenness of skin pigmentation is a crucial factor in the perceived age and attractiveness of female faces—as much or even more than facial features and topography.1

As with other biochemical processes, addressing multiple pathways for skin lightening is more efficient than incorporating only one mechanism. This approach provides several possible advantages:

This article provides a model for skin lightening product development from a manufacturer’s perspective. It assumes the best approach to be high efficacy and low toxicity; improvements to overall skin health while still achieving lightening would be another advantage.

The development of skin pigment is a progressive process and the final amount of pigment visible in the skin may be affected at any or all of the five key steps within this process: exposure to a trigger, inflammatory upregulation, melanin synthesis, dendricity and transfer to the stratum corneum.

1. Exposure to trigger: During this step, pigment production is signaled initially from the skin’s exposure to a trigger. The strongest trigger is sun exposure. Others are exposure to estrogen, which causes melasma, and various types of surgical procedures. Due to the trigger strength of solar exposure, any lightening regimen must include meticulous sun protection2 and sun avoidance during peak hours of solar intensity. Actives typically used to protect against this trigger include the mineral sunscreens zinc oxide and titanium dioxide, and other organic sunscreens.

2. Inflammatory upregulation: Following exposure to a trigger, inflammatory responses are generated. This biochemical process involves free radical generation and cytokine mediation,3 and the inflammatory cascade initiated is recognized by melanocytes in the next step, described below.

Since plants must protect themselves from solar free-radical damage, it is difficult if not impossible to find a botanical substance without at least some antioxidant activity. Additional plants with good antioxidant activity include coffee berry, açai, cranberries, blackberries, blueberries, artichokes, walnuts and pecans.

3. Melanin synthesis: As noted, the inflammation cascade signals melanocytes to synthesize melanin; this production process is shown in Figure 1. Melanin synthesis involves multiple steps, enzymes and intermediates beginning with tyrosine, progressing to L-DOPA synthesis, moving into DOPAquinone and eventually arriving at melanin. The rate-limiting step is the tyrosinase reaction; therefore, tyrosinase inhibitors are the most efficient means of addressing pigment formation for both eumelanin (black/brown) and pheomelanin (yellow/red).6

Examples of botanical tyrosinase inhibitors include vitamin C and licorice, which, as noted above, also act as anti-inflammatories. Hydroquinone also efficiently decreases melanin production, although via the mechanism of melanocyte toxicity;7 more specifically, hydroquinone generates free radicals that are toxic to the melanocyte, causing cell death. Since cytotoxicity and the resulting melanocyte death brings inflammatory upregulation, however, hydroquinone also increases the proinflammatory arm of the pigment pathway. To control hydroquinone counteracting itself, it often is combined with topical steroids8 to stabilize the inflammatory cell membrane, in turn inhibiting the release of inflammatory transmitters.

The tyrosinase reaction is the rate-limiting step in melanin formation. As such, most successful active products target it.

Hydroquinone is the only commonly used lightening agent acting via free radical generation, and its use is restricted.9, 10 Indeed, hydroquinone should only be used with a physician’s oversight due to the risk of postinflammatory hyperpigmentation associated with it, especially in darker Fitzpatrick types, and other potential complications11, 12 such as inflammation of the eyes and skin; increased risk of skin cancer; and possible irritant and allergic effects in skin such as contact dermatitis and eczema.13 Adverse effects such as ochronosis, a severe form of postinflammatory hyperpigmentation, have been reported in areas of the world where hydroquinone and other skin lighteners are poorly regulated.14

4. Dendricity: Once synthesized, melanin pigment is packaged in melanosomes and transferred from the melanocyte to its neighboring basal keratinocyte via melanocyte dendrites. To inhibit this transfer, Smit et al. have identified that certain chemical entities including niacinamide, luteolin and verbascoside can reduce the formation of dendrites; the latter two also inhibit tyrosinase.15 In addition, marine actives such as the Norwegian kelp Ascophyllum nodosum and extracts from other seaweeds have been shown to inhibit dendrite formation.16