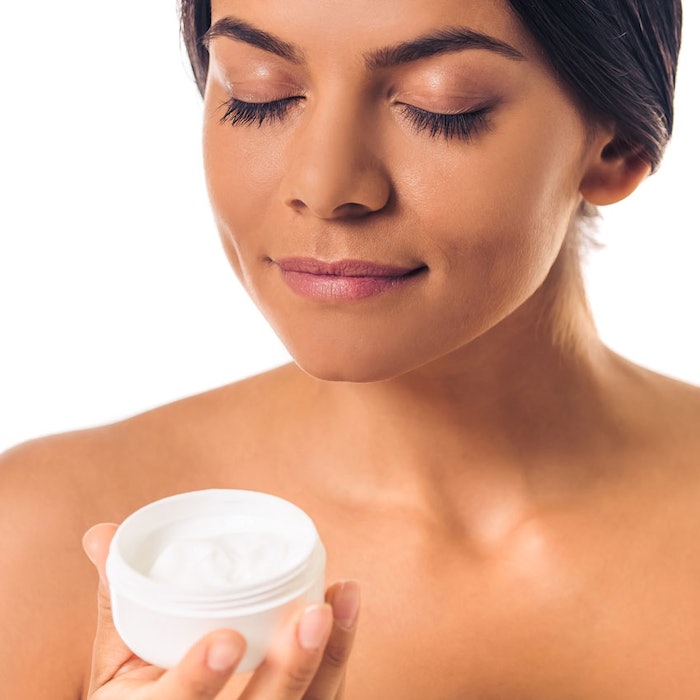 A cosmetic product usually consists of at least 10 to 15 ingredients, and all must be compatible with each other to form a stable product. Fragrance is an important component of cosmetic products especially since it influences the consumer at the peak point of purchase. At times, however, the fragrance itself can be incompatible with the formulation.

Sterols have been proposed as fragrance degradation inhibitors in dentifrices such as toothpastes and mouthwashes.1 Thus, to determine their efficiency in other product categories, a series of tests was conducted, described here, using an emulsion base representative of 80-90% of the products in the cosmetic market.

To understand the stabilizing capacity of rice bran oil phytosterols, it is helpful to see them in the overall context of the oil. Sterols are high molecular weight, crystalline, alcoholic, i.e., hydroxyl-group-containing, steroids found in animals (zoosterols), fungi (mycosterols), plants (phytosterols), etc. They are monovalent alcohols, with the –OH group in the C-3 position (beta configuration) on the cyclopentenophenanthrene nucleus.

As noted, phytosterols occur in plants in ester or glycoside form, and are a characteristic component of the non-saponifiable portion of vegetable oils and fats. Phytosterols are known to have cholesterol-lowering effects. Moreover, they possess anti-inflammatory and anti-atherogenicity activity and may possess anti-cancer and antioxidative activities.

Rice bran oil (RBO): Rice (Oryza sativa Linn) bran is a byproduct, obtained from the outer layers of the brown (husked) rice kernel during milling to produce polished rice. The rice bran contains 15-23% oil, which is one of the most nutritious oils due to its favorable fatty acid composition vis-à-vis those suggested by expert groups and a unique combination of naturally occurring biologically active and antioxidant compounds such as oryzanol, tocopherols and tocotrienols.

Saponifiable matter: While the majority of lipids in RBO are non-starch lipids, the starchy lipids consist primarily of lysophospholipids, triacylglycerols and free fatty acids. Major phospholipid species are lysophophatidylethanolamine and lysophosphatidylcholine. The major fatty acids are palmitic and linoleic acids, along with oleic acid.3

γ-Oryzanol (1.1-2.6%): γ-Oryzanol is a mixture of a whole group of ferulic acid esters of triterpene alcohols and phytosterols. It is mainly composed of four esters: cycloartanyl ferulate, 24-methylene cycloartanyl ferulate, β-sitosteryl ferulate and campesteryl ferulate. The structure of γ-oryzanol may decompose during saponification because the ester bond between ferulic acid and the triterpene component of γ-oryzanol can be hydrolyzed under alkali conditions. This could result in a decreased extraction yield.5, 7

Squalene and other hydrocarbons: Squalene is found in smaller quantities in the oil. Squalene is used as a moisturizing agent in cosmetics due to its high susceptibility to oxidation.2

First, sterols were isolated from unsaponifiable matter via saponification followed by liquid extraction. RBO was saponified with KOH solution. Once saponification was complete, water was added to the mixture, which was shaken vigorously so as to dissolve the water-soluble components. For solvent extraction of phytosterols, hexane was used since it is recommended for extracting the lipophilic components of plants.9

The solution was shaken intensively and left to separate in a separating funnel. The phytosterol extraction was repeated in triplicate, hexane fractions were combined and the solvent was evaporated at 50°C. The solvent evaporated completely leaving behind only the phytosterols.

To confirm the presence of phytosterols, two identification tests were performed: the Salkowski Reaction and Thin Layer Chromatography.

Salkowski reaction: For this reaction, a chloroform solution of sterols was shaken with an equal volume of concentrated sulfuric acid. When the liquids have separated, the chloroform layer appears brownish yellow, and the sulfuric acid layer appears yellow-brown with a green fluorescence. As the test tube is allowed to stand for several hours, in the presence of sterols, the sulfuric acid layer becomes deeper and redder in color, and more strongly fluorescent; the chloroform layer assumes a cherry-red or purple color.10

Thin Layer Chromatography (TLC): For this test, a glass plate was prepared using silica gel as the adsorbent. A solution of 1% phytosterols in n-hexane was prepared, and 0.2 mL of this solution was applied to the glass plate. For the development tank, methanol–hexane was used as the solvent system. The developed TLC plate was sprayed with a solution of freshly prepared 50 mg ferric chloride (FeCl3) in a mixture of 90 mL water, 5 mL acetic acid and 5 mL sulfuric acid. After heating at 100°C for 3-5 min, the presence of sterols is indicated by the formation of a red-violet color.1, 11

Three variants of an emulsion (see Formula 1) were prepared, 300 g of each, using three different perfumes: rose (floral), lemon (citrus) and brute musk (animalic), to evaluate the potential of phytosterols to inhibit perfume degradation in three different categories of fragrances.

For stability studies and comparisons, variants of emulsions for each perfume category were prepared, including blank samples of the base formulations without sterols and containing perfume, and test samples with sterols (1 g, isolated from the crude rice bran oil) and containing the perfume. The perfume and sterols were mixed properly, then added to the test product.

All samples were tested at three different temperatures: a 45°C oven, room temperature (25°-30°C) and a +4°C refrigerator. The studies were carried from day 0 to day 48. The emulsions were evaluated for changes in color (visually), pH (pH meter) and viscosity (viscometer), and by ten expert panelists for changes in odor.

As shown in Table 1, after examining all parameters and test conditions, the samples containing phytosterols were found to be more stable. All blank samples of all the variants, without sterols, stored in the oven and at room temperature lost their original, creamy white color and turned off-white to pale yellow in as early as 12–15 days. The samples kept in the refrigerator deteriorated at a slower rate.

As far as fragrance, initially, the panelists found it appealing but the scent degraded rapidly and finally turned into malodor. The lemon variant showed signs of instability the earliest, whereas the brute musk variant was the most stable.

The pH of all the blank samples without sterols decreased, indicating instability. Their viscosities also changed at a much faster rate. The viscosity of the lemon variant showed the most variation. As might be expected, in the refrigerator, the emulsion samples showed slower rate of change.

The emulsion samples containing sterols were much stabler. They showed no signs of breaking or separation. Further, creaming was not observed, even at 45°C. The color of emulsions faded but with a slower rate; i.e., not until around days 42-45, compared with the blank samples at days 15-21.

Regarding odor, the sterol-containing samples were stabler for a comparatively longer period of time; i.e., up to day 39. Similarly, the pH of the sterol samples decreased but at a slower rate, compared with the blank samples. Viscosity changes were observed but at a slower and constant rate. Again, the lemon variant was found to be most unstable, compared with the rose and brute musk variants. This may be due the presence of citral. The brute musk variant, on the other hand, was the stablest.

Phytosterols, typically obtained from vegetable oils, nuts and seeds, were derived from rice bran oil and tested here for their potential to stabilize emulsions against fragrance-induced degradation. Since rice bran is a byproduct of dehusking rice, it is cheap and is easily available. Also, the phytosterols were extracted from the oil by saponification followed by an easily manageable solvent extraction method, which can be used to cut down the costs of inventory.

The three categories of perfume used for stability testing were selected on the basis of general consumer acceptance and their frequency of use in cosmetic products. For experimentation, two sets of samples were prepared, with and without sterols.

The emulsions containing sterols were tested at room temperature and raised (oven) and lowered (refrigerator) temperatures and found to be stabler than the blank samples, in terms of odor, appearance, pH and viscosity. Interestingly, the sterols appeared to be less effective against the degradation of citrus notes, as compared with rose and brute musk variants.

Overall, the authors conclude the sterols proved to be good fragrance stabilizers for the emulsion bases used in this research work and with the three fragrance variants used.

Table 1. Stability of Samples (in days)

As shown here, after examining all parameters and test conditions, the samples containing phytosterols were found to be more stable.