A Natural Active to Strengthen and Soothe Sensitive Skin 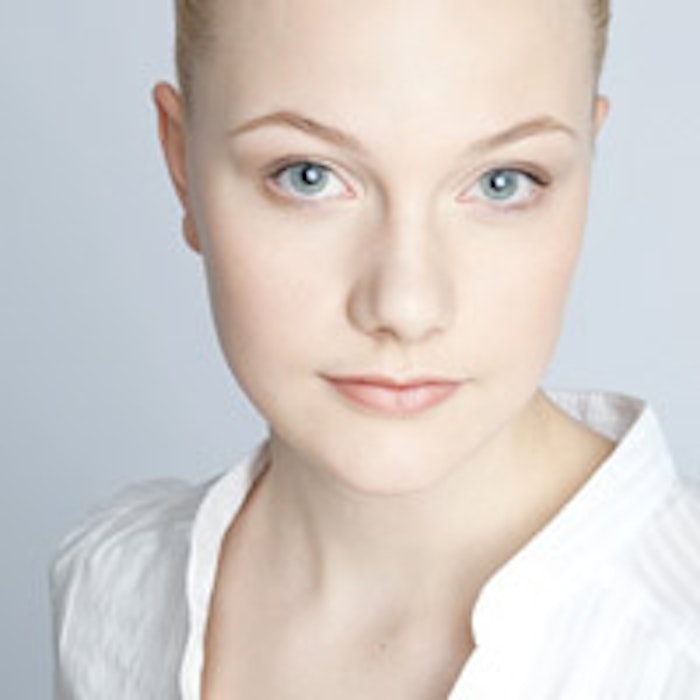 SyriCalm™ CLR (INCI: Water (aqua) (and) Phragmites Kharka Extract (and) Poria Cocos Extract) is an Ecocert- and NaTrue-certified natural active that shows potent properties in soothing and strengthening sensitive skin, thus making it less vulnerable to external insults. Apart from its anti-inflammatory properties, SyriCalm™ CLR also has well-established properties in barrier strengthening and recovery, as has been proven in vitro and in vivo. In relation, one of the most important and underestimated parameters for sensitive skin, hyperosmotic stress, is explained here and the effects of SyriCalm™ CLR in supporting skin's defenses against it are presented.

Sensitive skin is identified as being hyper irritable, defined by an onset of prickling, burning or tingling sensations that are usually due to environmental factors like UV light, heat, cold, wind and environmental humidity. These sensory effects are sometimes accompanied by visual signs of irritation, such as erythema. About 50% of individuals in the industrialized world (60% women, 40% men) report their skin as being sensitive, making the sensitive skin care market a significant one.

In consideration, CLR has developed a natural active ingredient, SyriCalm™ CLR, with a goal-oriented approach toward the treatment of sensitive skin. This ingredient enables the skin to deal with external stressors, thus soothing and fortifying it. A large part of the studies performed were focused on the link between environmental circumstances and the above mentioned physiological characteristics of sensitive skin. Apart from UV light, a well-known and well-described stressor of skin, other environmental factors such as temperature, humidity and especially sudden changes in these circumstances play an important negative role in inducing the typical neurosensory and inflammatory signs in sensitive skin, and especially in barrier function. At the basis of these phenomena lies hyperosmotic stress.

Hyperosmotic stress is a particularly serious problem for keratinocytes in the stratum granulosum (SG). The SG has a steep water gradient but the stratum corneum's (SC's) disruption leads to an increase in water loss and hence, to loss in the volume of these cells (see Figure 1). In the epidermis layers below the SG, the intracellular water concentration is 70–80%, as shown by the green line. At the border between the stratum spinosum and SG, the cells start to lose water. The intracellular water concentration reaches about 40% at the border between SG and SC, while at the surface of the skin, the cells contain 15–30% water. This quite steep loss of intracellular water in the SG is a normal phenomenon, which is part of the regular differentiation process.

Hyperosmotically stressed skin shows a significantly elevated loss of intracellular water, which is shown by the red line in Figure 1. External stresses lead to an elevated loss of cellular water in the SG and a disruption of the quality of the SC—an abundant phenomenon consequential to external stresses, which leads to the drying out of the SC. When this occurs, the corneocytes in the SC start absorbing water from the SG.

Despite this highly intriguing way in which the cells are able to deal with hyperosmotic stress, as shown in Figure 2, the strategy has one essential flaw: the keratinocytes in the SG remain hyperosmotically stressed and also lose taurine, which starts a vicious circle of the further loss of cellular volume and malfunctioning of barrier repair and maintenance.

The different treatments with SyriCalm™ CLR showed moderate to very significant results in helping to reduce taurine efflux (see Figure 4). At t = 72 hr, the untreated control skin models had lost about 70% of all taurine and at t = 96 hr, more than 80% of all taurine was lost by the hyperosmotically stressed cells in the 3D epidermal skin model. The results of this experiments strongly indicate that the cells had entered the aforementioned vicious circle. At t = 72 hr, both the accumulated results of the first and second application as well as the sole third application reduced the taurine efflux significantly to about 50%. All three treatments together resulted in a reduction of taurine efflux to less than 30%. At t = 96 hr, the third treatment alone and all three treatments together still showed significant effects.

SyriCalm™ CLR effectively supports keratinocyte defenses to deal with hyperosmotic stress, enabling them to function well, build up and accelerate physical barrier recovery, and strengthen and fortify skin, making it less sensitive to environmental insults. In other in vitro and in vivo studies (not shown), SyriCalm™ CLR also showed potent activity in accelerating barrier recovery and reducing skin redness after external stress. Additionally, SyriCalm™ CLR was shown to accelerate reduced itching. These results show that the ingredient addresses the described characteristics of sensitive skin, making SyriCalm™ CLR specifically focused on the intensive care it requires.