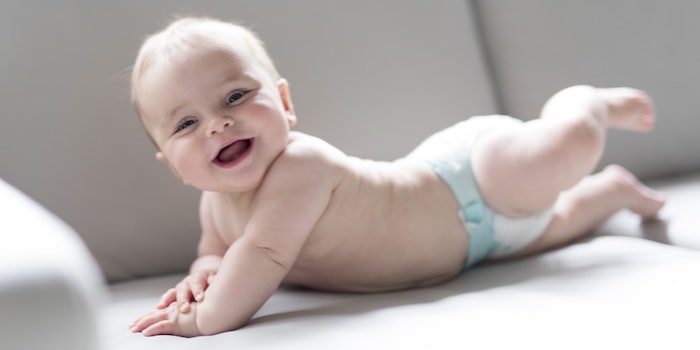 Detecting a certain degree of moisture, 'smart labels' comprising a hydrogel and radio frequency identification (RFID) tag were developed by MIT researchers and embedded into diapers to alert caretakers of wetness.

This study, published in the IEEE Sensors Journal, explains the absorbent hydrogel slightly changes its electrical conductivity when wet, expanding and allowing a passive RFID tag placed under it to transmit a wireless signal to a reader within a 1 meter radius. The reader then notifies a smartphone to alert the caretaker that the diaper is wet.

According to an MIT report, this is believed to be the first demonstration of hydrogel as a functional antenna element for moisture-sensing in diapers using RFID. It is estimated the sensor costs less than two cents to manufacture, making it a low-cost, disposable alternative to other smart diaper technologies.

According to MIT, a typical RFID tag has two elements: an antenna for back-scattering radio frequency signals, and an RFID chip that stores the tag’s information, such as the product the tag is affixed to. RFID tags do not require batteries, they receive energy in the form of radio waves emitted by an RFID reader.

When an RFID tag picks up this energy, its antenna activates the RFID chip, which tweaks the radio waves and sends a signal back to the reader, with information encoded within the waves. This is how products labeled with RFID tags can be identified and tracked. This research group has reportedly been enabling RFID tags to work not just as wireless trackers, but also as sensors. Could this be a new angle for wearables?