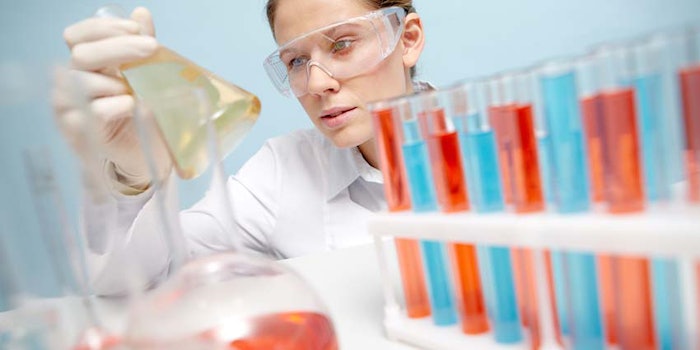 Researchers from the Tokyo Institute of Technology have published, in Angewandte Chemie, an approach to synthesize amphiphilic molecules without additives such as catalysts and reagents.

According to the article abstract, catalyst- and reagent-free reactions can create various functional molecules but such chemical bonds are usually hydrolyzable, or require specific functional groups. This limits their use in aqueous media.

"Although a typical Staudinger reaction proceeds rapidly and quantitatively at room temperature, the formed azaylide readily hydrolyzes into a primary amine and phosphine oxide in water," explained Masahiro Yamashina, Ph.D., a lead author on the study, in a press announcement. He added that in contrast, this "non-hydrolysis" version was uncovered. "...[Here], a halogen atom, such as chlorine, added to an azide compound significantly improves the hydrostability of azaylide," he said.

Finally, they tested the materials in hydrophobic organic dyes, e.g., Nile Red and BODIPY and saw the dye molecules were encapsulated by the spherical azaylide aggregates, exhibiting desirable amphiphile behavior.

"The azaylide formation presented in our study serves as a viable technique for on-site preparation of water-stable amphiphiles without catalysts and reagent, which can help create more such functional materials in future," said Yamashina. The institute notes the team's discovery will help to usher in significant advancements in the development of highly versatile functional materials, even in aqueous media.