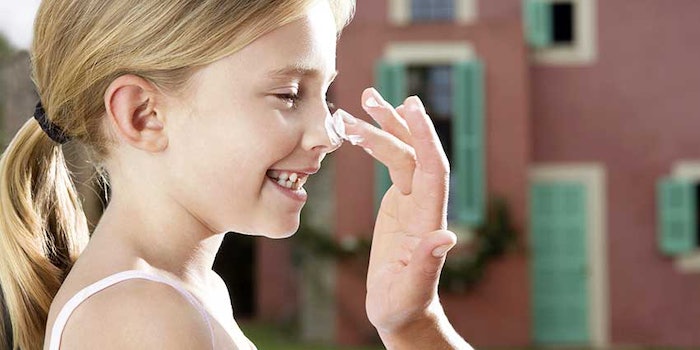 Sunscreen use as a child pays off—a new study in JAMA Dermatology suggests that regular childhood and early adulthood use of sunscreen can reduce the risk of developing melanoma later in life by 40%.

The study examined what, if any, correlation exists between the aforementioned sunscreen use in Australians and the risk of melanoma before the age of 40 years old. According to the study, the disease is one of the most common cancers for those aged 25–49 years old.

“... Despite sunscreen being widely available and recommended for sun protection, optimizing the use of sunscreens remains a challenge and controversies continue to surround its use,” said Anne Cust, lead research associate in the study.

University of Sydney researchers analyzed self- or parent-reported data from 603 patients and 1088 controls. Case participants (aged 18–39 years) were selected from Australian Melanoma Family Study data collected during the years 2001–2005, while unrelated controls (aged 18–44 years) were either recruited from the electoral roll or nominated by case participants.

Ultimately, researchers found that risk of melanoma was less in those who used sunscreen more widely in childhood and across their lifetimes.