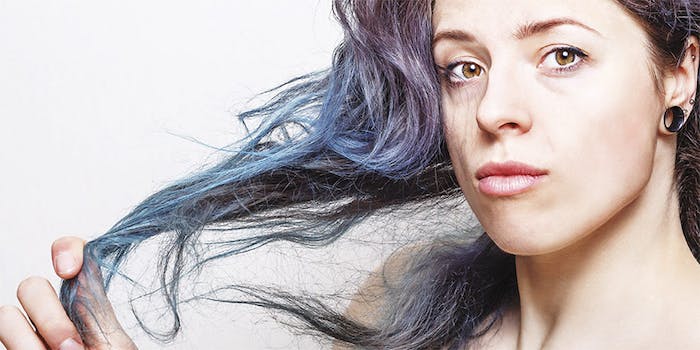 Editor’s note: This second in a two-part series looks at specific ingredients of concern due to reported adverse effects—although, notably, not necessarily from typical cosmetic exposure routes or levels. Part I, from the July/August 2018 edition, reviewed the regulatory status of cosmetics, adverse event reporting and studies attempting to link cosmetics with contact dermatitis. Together, the two aim to identify public concerns in order to inform product developers and improve user experiences.

Continued from Part I

Regarding exposure to some cosmetic ingredients, studies have shown possible adverse health outcomes including malignancy, neurotoxicity and reproductive and developmental toxicity. Besides consumers, cosmetologists who come into frequent contact with these materials could particularly be at risk. In fact, more than 1 million cosmetologists have licenses in the U.S.—several million do worldwide—and most are female and of reproductive age. Common specialties in cosmetology include hairdressers and nail technicians, and these professionals contact a variety of possible allergens on a daily basis. Of particular concern are ingredients in hair dyes and nail polish.

Nitrosamine is the primary ingredient in hair dye and requires bioactivation, thereby allowing for potentially adverse effects at locations other than the initial exposure site.1 Nitrosamine also has shown mutagenicity in vitro and carcinogenic properties in vivo. For example, in 1975, Ames et al.2 designed a bacterial test for detecting chemical mutagens, by which nitrosamine tested positive. 4-Nitroquinoline-N-oxide was plated onto petri dishes with specially constructed mutants of Salmonella typhimurium, and with histidine, it reverted the mutant strains back to wild type. This suggested the mutagenicity of nitrosamine in vitro.

Later, in 1981, Sontag3 showed the carcinogenic properties of nitrosamine in vivo. Eleven substituted benzenediamines were tested in rats and mice, of which four induced significant incidences of tumors in both rats and mice. However, while nitrosamine may have tested carcinogenic in animal studies, there remains inadequate evidence to determine carcinogenicity in humans.4

For nail technicians, nail polish is the primary source of chemical exposure, as such products include toluene, plasticizers (i.e., dibutyl phthalate) and formaldehyde.

Notably, hairdressers and nail technicians typically share a workspace and, at times, perform some of the same tasks. This overlap in space and roles could therefore increase occupational chemical exposures for both groups. While some studies have indicated an association between hairdressing and health risks, others have not. In 2004, Nohynek et al.5 conducted a review that showed no correlation between occupational exposure to hair dyes and carcinogenic or other health outcomes. This review, however, focused on acute toxicity and health effects of hair dyes and not on potential long-term outcomes of exposure. Similarly, in 2006, Hougaard et al.6 found that hairdressers and the general public exhibited comparable rates of infertility.

On the other hand, in 2009, Ronda et al.7 identified an increased risk for subfertility and menstrual disorders among female hairdressers in comparison with female office workers and shop assistant controls. Harling et al.8 later performed a meta-analysis of 42 studies, which showed an increased and statistically significant risk for bladder cancer among hairdressers, especially those who held the job for more than 10 years.

Regarding risks, formaldehyde provides more definitive data. According to the International Agency for Research on Cancer (IARC), the U.S. National Toxicology Program (NTP), the Environmental Protection Agency (EPA), and the Occupational Safety and Health Administration (OSHA), formaldehyde is considered a human carcinogen.

Duong et al.9 conducted a meta-analysis of 18 human studies to understand the relationship between maternal formaldehyde exposure and adverse reproductive and development effects. Results revealed an increased risk of spontaneous abortion in formaldehyde-exposed women. An evaluation of animal studies presented similar findings: positive associations between formaldehyde exposure and reproductive toxicity, particularly in males. However, although a positive relationship was found, mechanisms underlying apparent formaldehyde-induced reproductive and development toxicities are unclear.

Hairdressers and nail technicians contact a variety of possible allergens on a daily basis.

The effects of toluene, a commonly used organic solvent, have been studied extensively. Toluene inhalation during pregnancy has been shown to lead to growth restriction, congenital malformations, developmental delay and premature delivery.10 In one study, wherein male rats inhaled 4,000-6,000 ppm toluene for 2 hr each day for one month, rats with higher toluene concentration exposure showed significantly reduced sperm count, motility, quality and penetration, as well as increased rates of abnormal sperm morphology.11

When pregnant rats were exposed to toluene once per day from gestation days 6 through 19, results revealed a 15% reduction in cell numbers of the offspring's forebrains. There also were reductions in neocortical myelination.12 These findings are comparable to developmental delays such as mental retardation, language impairment and hyperactivity found in children with early toluene exposure. Moreover, a decreased birth weight and small size for gestational age at birth are the mostly common reported outcomes of occupational solvent exposure during pregnancy.13

Although a recent review by the Cosmetic Ingredient Review (CIR) reaffirms that parabens in cosmetics are safe as used,14 these preservatives have been the subject of scrutiny due to alleged endocrine-disrupting activities reported in vitro and in vivo.15-17 Studies have suggested their connection with male infertility in animals, as well as human breast cancer cells, as shown in vitro.18 In 2013, Wróbel and Gregoraszczuk19 furthered the association between parabens and breast carcinogenesis by showing the capability of parabens to stimulate the proliferation of human beast cancer cells via increased estradiol secretion and aromatase activity.

Continued research into the effects of cosmetic and skin care ingredients, such as those described, is crucial. First, to ensure consumer safety, and also because findings such as those cited—regardless of the protocol’s relevance—have led some manufacturers to discontinue using these ingredients in cosmetics.20 This effectively perpetuates a precautionary approach and decreases the number of effective options available to product developers. Considering the current state of cosmetic ingredient concerns, several questions are worth considering.

Should there be more regulation? The U.S. Food and Drug Administration (FDA) relies heavily on the cosmetic industry to self-regulate in order to assure consumer safety. While the FDA takes strides such as establishing labeling provisions and reviewing cosmetic ingredients, the group, along with the CIR and Research Institute for Fragrance Materials (RIFM), does not have the jurisdiction to remove products from the market.

In relation, Sen. Dianne Feinstein, of California, established the Personal Care Products Safety Act (PCPSA), which seeks to give the FDA authority to recall unsafe cosmetics, impose mandatory adverse event reporting for manufacturers, and propose an annual safety review of five ingredients.21 Regardless, the current regulations and legislations in place are guidelines at best.

Should systems be in place to report adverse effects? Currently, the cosmetic industry relies on the public and physicians to alert the FDA about problematic products through its reporting system, the Center for Food Safety and Applied Nutrition (CFSAN) Adverse Event Reporting System (CAERS). A gradual increase in adverse event reports has been noted in recent years, to which Linda Katz, director of the FDA’s Office of Cosmetics and Colors, attributes the FDA’s outreach to raise awareness among consumers and health care professionals.

The American Contact Dermatitis Society has the Contact Allergen Management Program, a database of thousands of cosmetics and personal care products. Within this system, after a patient has been patch-tested and the allergen pinpointed, the offending agent is entered to generate a list for the patient’s use in order to avoid given triggers.

Although the CIR has reaffirmed the safety of parabens, they have been the subject of  scrutiny due to alleged endocrine-disrupting activity.

Should there be an independent review board? In 1976, the CIR was founded to serve as an independent ingredient safety review board. Similar to RIFM and other boards, it provides scientific findings and guidance, but lacks jurisdiction. The FDA continues to monitor the cosmetic industry from a more indirect approach, conducting and directing reviews of ingredients and advising companies with potentially dangerous ingredients in their products.22 In the meantime, cosmetic-related incidents of atopic contact dermatitis (ACD) continue to occur, and the long-term effects of cosmetics remain unknown.

In 1979, Menkart23 suggested that an adverse reaction to cosmetics occurs approximately once every 13.3 years per person. More recently, another review found the pooled prevalence rate of ACD to cosmetics in seven different studies to be 9.8%.24

Do we need more testing? Then again, one might wonder, with additional review boards and oversight, would this decrease cosmetic-related ACD incidence and prevalence? This calls market pretests and efficacy into question, too. Should pretesting be a requirement to market? Are there measures of efficacy for cosmetics? Should products be rated on efficacy similar to sunscreens, which are classified by a sun protection factor (SPF)?

The good news is, the science behind safety and efficacy claims for cosmetics is substantial. So while strategies toward cosmetovigilance are recommended, most cosmetic consumers can feel confident in products properly planned and executed.25-34