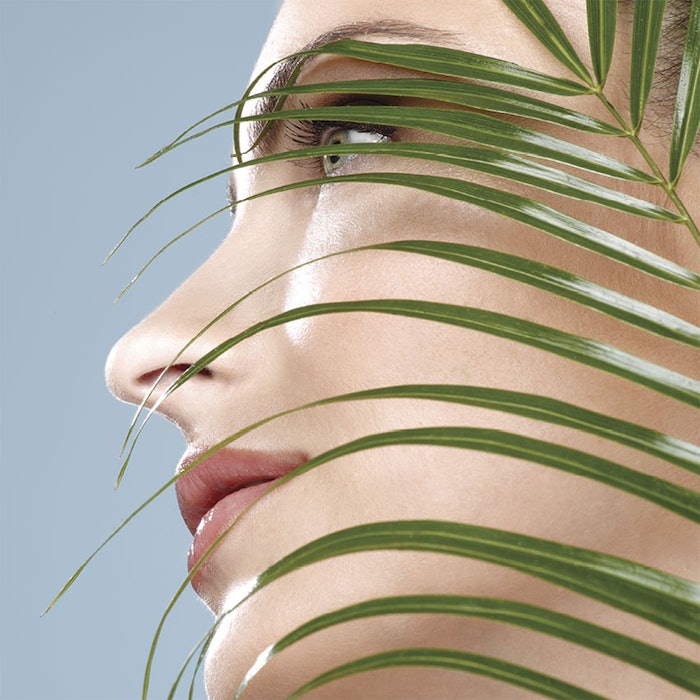 Hydrogels are hydrophilic polymeric structures that can be cross-linked through various methods. They are widely used in cosmetics and skin preparation products and can be formed from polysaccharides found in natural plants. Here, the authors review the main categories of polysaccharides and related products used in the cosmetics industry.

The unique properties of polymeric hydrogels—including biocompatibility, high water content, elasticity and softness—have drawn the attention of scientists in the context of skin preparations.1, 2 Naturally derived hydrogels are usually based on protein chains or polysaccharides formed by single sugar molecules linked together. These possess great potential as ingredients in cosmetics and skin care preparations. Natural sources for polysaccharides also make them inexpensive and easily available.3

The chemical industry is making huge efforts to modify polysaccharide structures and produce refined materials with specific properties. As such, here, the main sources of plant-based hydrogels are reviewed in brief.

Agar: This natural polymer extracted from the cell wall of marine red algae is composed of a galactose polymer and some sulfate groups. Agar keeps the ingredients together in a formulation based on its stability and chemical properties, and it is used in applications to condition hair and moisturize skin. Moreover, it has been widely used in the formulation of facial masks, shampoos, deodorants, lotions and creams.1, 4

Alginate: Alginate, also known as alginic acid, can be obtained from brown algae. Alginate and its calcium salt have a high swelling ratio, which makes them suitable for forming surface films that retain the skin’s moisture with low tightening effects. Conversely, alginate and its sodium/potassium salts are used to stabilize oil phase cosmetics due to their solubility in water. They can hydrate and soften the skin and, as such, have been incorporated into formulas for soothing, moisturizing and anti-wrinkle products.1, 5

Furthermore, alginate-based wound dressings can prevent the wound from drying and inhibit bacterial activity while absorbing high amounts of exudate. They also can accelerate the healing process by increasing growth of the epidermis. The two main types of alginate dressings are calcium and silver. The former can slow bleeding and upon removal, causes less pain in comparison with conventional products. The latter can be effective for wounds requiring autolytic debridement.6–8 Finally, alginate also is used in masks for beauty treatments. Such masks typically include sodium alginate and calcium sulfate.9

The unique properties of polymeric hydrogels have drawn the attention of scientists in the context of skin preparations.

Carrageenan: Carrageenan is an esterified galactose containing sulfuric acid, which can be obtained from red seaweed. Its composition consists of elements such as sodium, potassium, ammonium, magnesium, calcium and sulfate esters of galactose and 3,6-anhydro-galactose copolymers. The major application of carrageenan is as a gelling agent in products such as lotions and creams.10

Cellulose: The most abundant polymer in nature is composed of β (1→4) linked D-glucose units and can be found in cell wall of green plants and many types of oomycetes and algae. Cellulose and its derivatives are used to stabilize thickeners and can also be applied as protective and softening texturing agents.11, 12

Dextrin: Hydrolysis of starch results in the production of dextrin. Cyclodextrins are one type of dextrins that are used as active agent carriers due to their cylinder-shaped cavity; e.g., they can release the perfumes slowly.13

Glycogen: Mainly composed of glucose, glycogen is a branched polysaccharide with applications for skin conditioning and as a humectant. Refined glycogen compounds may diminish cell degradation and aging, and hinder sun damage in this way.14, 15

Guar gum: This gum is mainly produced from guar bean and is composed of galactose and mannose units. Properties of guar gum such as its non-toxic nature, biodegradability, stabilizing and thickening benefits have resulted in its vast application in pharmaceuticals. Guar gum also has been used as a conditioner in shampoos and in toothpaste formulations.16, 17

Gum arabic: The Arab gum tree is the source of gum arabic, a branched polysaccharide composed of galactose, arabinose and glucuronic acid. It can be used to increase viscosity and emulsify o/w emulsions. Its alkali and alkaline earth salts have also been used as thickening agents in cosmetics.1, 18

Pectin: Pectin is a plentiful polysaccharide in fruits and terrestrial plants. This gelling agent thickens the aqueous component of gels. It also keeps emulsions from separating into their oil and liquid phases. Numerous body and hand products such as hair conditioners, permanent waves, shampoos and cleansers use pectin in their formulations.19, 20

Tragant (Shiraz gum): Finally, tragant natural gum can be obtained from the tragant plant, and consists of tragacanthin and bassorin polysaccharides. Tragacanthin, the water-soluble part of the gum, is composed of a main chain of galacturonic acid with different branches of monosugars such as xylose, fucose and galactose. Bassorin is composed of an elongated molecule consisting of arabinose, galactose, rhamnose and galacturonic acid methyl ester, and swells when combined with water.

Tragant has been used as emulsifier, binding agent, thickener and stabilizer in personal care products, pharmaceuticals and foods, and as a texture additive. It has also been employed as a topical treatment for burns. In Saudi Arabia, a natural hair shampoo consisting a mixture of hydrated tragacanth and ground and dried Ziziphus spina-christi is believed to promote hair growth.