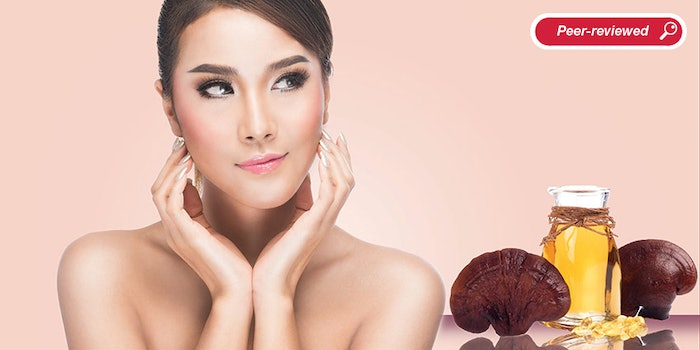 Read the full article in the October 2021 digital edition. . .

Skin is a complex tissue with different layers of cells and extracellular structures. With age, the epidermis and dermis become thinner and can no longer perform the same functions as they did when the skin was younger. Each person’s lifestyle has a significant influence on the youthful appearance of skin such as exercise, a healthy diet, avoiding the sun or applying sunscreen regularly—all of these factors can significantly slow the signs of aging. 1 Stress and intrinsic skin aging can counteract the effects of a healthy lifestyle.2

All of these factors influence, at least indirectly, the skin's genetic programming in cells, which ensures the correct genes are read to ensure optimal skin functioning and resistance. This programming also switches off genes that are not needed.3 As such, although all cells of the body are equipped with identical genetic information, the different tissues form their specialized functions. They do this either during the developmental phase or in response to external influences.

The genetic program is primarily controlled by epigenetic processes. In contrast to pure genetic information, epigenetics generally cannot be inherited or they can only be inherited to a very limited extent. Epigenetics is therefore an individual reading or muting of genes, which is highly regulated. This is controlled, for example, by the targeted activation of genes. Various control mechanisms are available to cells for this purpose, such as histones. Histones are proteins that package the DNA in chromosomes and control whether DNA is released. Methylation patterns at the promoters of genes define whether or not the RNA polymerase can create mRNA for later translation into protein.4 The rule of thumb, with appropriate exceptions, is: methylation around the promoter of a gene usually leads to the silencing of the gene, whereas an unmodified promoter allows the reading of a gene.

Epigenetics plays an important role in the aging process of the skin. Cell functions are no longer carried out properly if the DNA methylation pattern no longer corresponds to that of young skin. The DNA of aging skin cells is generally under-methylated, compared with the DNA of younger cells.5 This occurs predominantly in regions that are important to structural integrity and in conjunction with chromatin (histones). However, the activity of important genes can also be blocked by unwanted methylation during the aging process by hypermethylation of the promoter regions.5, 6

In relation, this paper investigates the effects of hypermethylation on epidermal phenotypes. It also examines how a Ganoderma lucidum extract can modulate these effects. Ganoderma lucidum is the most prominent medicinal herb used in Asia. Known as Ling Zhi or Reishi, it has been used for thousands of years in Traditional Chinese Medicine (TCM) to restore inner balance. Its epigenetic efficacy has been described and attributed to the presence of specific beta-glucans.7 Here, a water-based extract of this herb is tested in vitro and in vivo to determine its influence on epigenetic processes of the skin in the direction of youthfulness.

Test active: The active ingredient tested in the following studies, based on Ganoderma lucidum extracta, was produced by extracting the mushroom grown in a laboratory using water, similarly to how it is produced in TCM, using it as a “concentrated tea.”

Effects of hypermethylation and test extract in 3D skin model: The effects of hypermethylation and the Ganoderma lucidum test extract’s ability to mitigate these effects were studied in a 3D skin model. Epidermal progenitor cells were isolated from a female donor of 36 years and taken into a culture. After expansion, the cells were treated for 2 days with 25 µM S-adenosyl methionine and 50 µM AZT (3'-azido-3'deoxythymidine) with and without the test extract at 0.1%.

In vivo Materials and Methods

To investigate the effects of the Ganoderma lucidum extract in vivo, 20 Caucasian women ages 35-55 and 5 Asian women ages 36-47 were enrolled in a double-blind, placebo-controlled study. The assessment was conducted in a half-face approach, wherein each subject applied the placebo to the right side of their face and a test serum with 3% Ganoderma lucidum extract to the left side of their face once daily for three months. Measurements were taken on days 14, 28 and 84. Lifting effects were documented and quantified by imagingb. Epidermal thickness was assessed by confocal microscopy; dermis density by 20 MHz ultrasound measurements; and skin elasticity by cutometry.