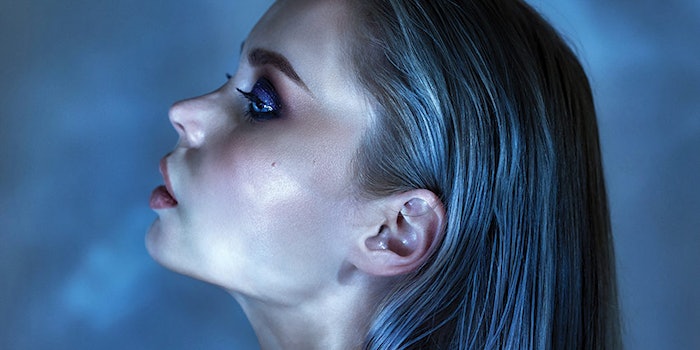 Read the full article in the February 2021 digital edition. . .

The human scalp can be likened to soil in which the hair grows like plants. If the scalp is kept healthy, the hair will grow and flourish—and sebum is one important aspect of this environment, as it keeps the scalp moisturized. However, there is a strong connection between scalp inflammation and aged sebum.

It is well-known that the unsaturated components in sebum, such as squalene, can be oxidized over time by UV rays and air pollution, resulting in irritative lipid peroxides that can cause inflammation.1 It is also known that triglycerides in the sebum can be decomposed by Malassezia into saturated fatty acids and unsaturated fatty acids, and the latter can penetrate back into scalp and induce inflammation.2-4

One recent study also reports that when the scalp is inflamed, the inflammatory factors generated can negatively impact the hair follicle cells, in turn decreasing hair strength and elasticity.5 Scalp inflammation also causes scalp issues such as itching, odor, redness, dandruff and even hair loss.

The scalp surface is rich in hair follicles and sebaceous glands, and these glands secrete 1-2 g of sebum every day. As noted, fresh sebum functions as the scalp barrier and keeps the scalp moisturized. However, there is also a strong connection between scalp inflammation and aged sebum. For example, it is known that triglycerides in human sebum are decomposed by Malassezia fungi into saturated and unsaturated fatty acids—the saturated acids being consumed while the unsaturated fatty acids being left on the scalp where they can penetrate, which induces inflammation (see Figure 1 depiction).2, 6, 7 Considering this, Malassezia inhibitors have been a key technical approach for anti-dandruff shampoos over the past decades.

It is also known that the unsaturated squalene in sebum that remains on the scalp can be oxidized by UV rays or air pollution such as PM2.5, resulting in irritative lipid peroxides. In relation, it has been reported that oxidized squalene levels are remarkedly increased and squalene itself is decreased at inflammatory scalp sites,5 indicating that squalene peroxide is likely one of the key factors causing scalp inflammation.

Taken together, it would be helpful to remove sebum from the scalp to prevent scalp inflammation. However, its moisturizing benefits would also be removed and furthermore, attempts to completely remove sebum would require the use of harsh surfactants. Perhaps a better approach would be to primarily, or even selectively, remove the components with the highest risk from scalp sebum while leaving the beneficial components in place.

To attempt this approach, one would first need to identify the components in sebum that potentially pose the most risk by asking: Which can induce inflammation after being oxidized, or even before? And, among those components containing unsaturated double bonds, which are more easily oxidizable? Furthermore, among those that may cause inflammation, which are the most challenging from a removal point of view—since, in the end, those that are the most difficult to remove will not only have the ability, but also sufficient time to cause irritation and inflammation.

These questions were explored in greater depth experimentally, as described herein. In addition, initial findings of an ingredient exhibiting such selectivity, polyglyceryl-10 laurate, are presented in a proof of concept study.

To determine which sebum component could induce inflammation, even without oxidation, a series of experiments was conducted by treating keratinocytes for 24 hr with 0.01% squalene and oleic acid, to represent unsaturated fatty acids, along with several other saturated fatty acids and fats to model other components in sebum. Following treatment, a common marker to measure inflammation, IL-1α mRNA, was quantified by collecting RNAa. cDNA was prepared via reverse transcription reactionb and the IL-1α mRNA was measured via real-time PCRc.

As Figure 2 shows, oleic acid, representing unsaturated fatty acids, and squalene oxidized under UVA exposure for 5 hr had the highest relative IL-1α expression (3.7 ± 0.13). The non-oxidized squalene and other components including myristyl acid, representing saturated fatty acids, had no major impact. The high molecular mobility of the unsaturated compounds is likely responsible for this ability to cause inflammation.

Next, to assess which components of sebum are the most oxidizable and therefore pose a higher threat for irritant response, a test was performed by exposing 20 g of squalene or oleic acid to UVA light for 24 hr, mixing the samples at given timepoints, then measuring the peroxide values (POV) of the samples. These measurements were taken by titrating the free iodide formed from a reaction between potassium iodide and the hydroxyl formed using sodium thiosulfate as a standard solution, and indexing by setting the POV value without UVA exposure to 1.0. The result in Figure 3 indicates that oleic acid was equal to or more oxidizable than squalene.