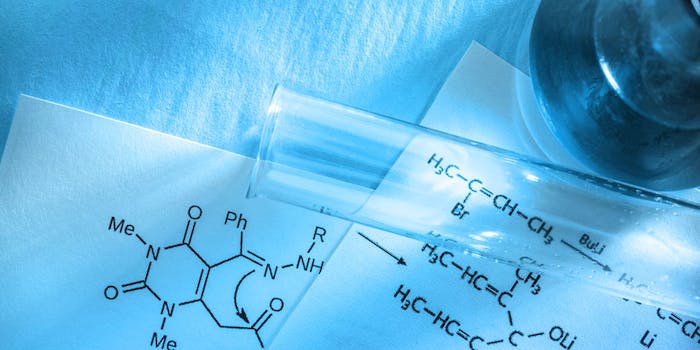 This column originally appeared on Aug. 5, 2009. It has since been updated to reflect changes in regulations of the cyclics D4, D5 and D6, as well as industry desire to make silicone products that are not only cyclomethicone-free as manufactured, but that cannot hydrolyze into cyclic silicones, either in formulation or in waste treatment gases (so-called biogas). Making methicones instead of dimethicones is one way to accomplish this goal.

Dimethicone refers to a silicone compound that has "D" units; that is, one having only silicon atoms with two methyl groups attached. Dimethicone compounds are common, and the term dimethicone encompasses silicone fluids, PEG-8 dimethicone, cetyl dimethicone and many others. (This may sound familiar, as it was recently discussed in our Comparatively Speaking series). Figure 1 shows the structure of dimethicone. 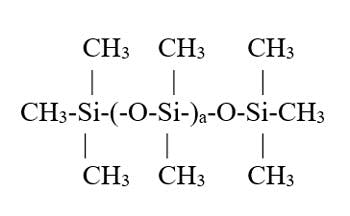 The presence of the "D" unit—i.e., that in parenthesis with an "a" subscript—is what makes this compound a dimethicone. The "D" unit alone is shown in Figure 2. Not only is the so-called "D" unit derived from cyclomethicone, but polymers with "D" units produce cyclomethicone upon hydrolysis. 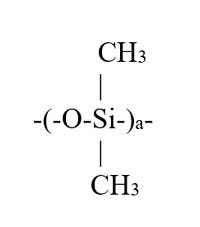 A methicone, on the other hand, completely lacks the "D" unit. Instead, there are organofunctional groups present. An example is PEG-8 methicone (see Figure 3). Note, here, that R is not CH3, it is -(CH2)3-(O-CH2CH2-)8-OH. 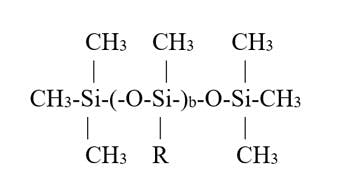 When PEG-8 dimethicone is placed into water at different pH values, it hydrolyzes. One of the into-hydrolysis products is cyclomethicone. At a pH above 9 and below 4, this rate of hydrolysis is increased. Cyclomethicone is also produced when PEG-8 methicone is treated in the same way.