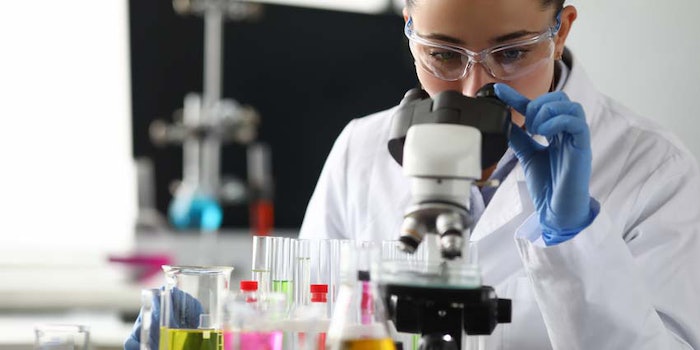 Editor's note: The following is an edited excerpt published with permission from Guenard, R., Lipid role in the immune system, Inform, November/December 2021. Available at: https://www.aocs.org/stay-informed/inform-magazine.

This edition of 'Comparatively Speaking' features excerpts from an article that appeared in Inform magazine, published by the American Oil Chemists' Society (AOCS), entitled 'Lipid Role in the Immune System.'

Not only is it timely, with COVID-19 still with us, it also shows that we are still learning about fatty acids. The AOCS has graciously allowed us to use their article for the preparation of this column.

Researchers have puzzled over the body’s mechanisms for resolving inflammation and returning tissue to homeostasis after an acute response. The process by which the immune system initiates inflammation had been identified, but researchers were not sure of the mechanism for reversing the process.

Over the last decade, they have determined that essential fatty acids are crucial to putting the brakes on inflammation. The biochemical pathways that turn off inflammation after an infection center on omega-3 fatty acids, which are synthesized into a family of compounds known as lipid mediators. Here is what we know about the importance of this family of fatty acid-derived compounds in the human body.

The activities of the human immune system are an exceedingly complex, invader-specific set of processes that will not be detailed here. However, generally, when a pathogen bursts through a cell membrane to usurp replicating power from the nucleus, it triggers alarms that rouse an immune response. Protein-signaling molecules, called chemokines, leak from the cell and create a chemical gradient that signals a call to action. The invaded tissue becomes inflamed as a team of attendants focused on killing the pathogen flood the infection site.

Scientists now appreciate that inflammation does not just subside once an invader is conquered. Resolving inflammation is an active process that occurs in concert with the inflammatory response. Shortly after the acute inflammatory response begins, the immune system has already initiated a plan for ensuring the process will eventually end. Injured tissues must be repaired. Microbes and cellular debris—the immune system’s carnage—must be cleared.

Myriad compounds are in play during inflammation and its resolution. Polyunsaturated fatty acids (PUFAs) nestled in the phospholipids of the cell membrane serve an important role. Along with PUFAs carried to the site by blood plasma, those released locally from ruptured membranes are converted into eicosanoids that assist the chemokines in directing the molecular traffic arriving at the site to help fight the infection. No sooner have the PUFAs been synthesized into inflammation-inducing compounds than they undergo what is called class-switching and start the resolution process.

Molecules that participate in the resolution of inflammation are called specialized pro-resolving mediators (SPMs). They are signaling molecules, locally biosynthesized, that bind to receptors and initiate cell-specific activity. As such, SPMs represent a group of compounds exhibiting a variety of stereospecific arrangements (see Figure 1).

Researchers distinguish four structurally distinct families of SPMs; they are: lipoxins, resolvins, protectins and maresins. The essential fatty acid-derived compounds perform the functions of turning off the influx of neutrophils while clearing the infection site of microorganisms and debris. The cleanup allows inflammation to subside and initiates healing for injured tissue.

There is no one general mechanism that these compounds follow since they target different cell types. However, SPMs commonly operate by binding to inflammatory contributors, augmenting their function by changing their shape and thus limiting their ability to migrate to an infection site.

Myriad compounds are in play during inflammation and its resolution. Polyunsaturated fatty acids (PUFAs) nestled in the phospholipids of the cell membrane serve an important role.

The SPMs derived from the omega-6 PUFA arachidonic acid (AA) were the first identified by scientists and are now the most highly studied. Although several pathways are now known, the following examples should provide some understanding for the different ways SPMs work.

In the resolution phase of the immune response, instead of leukotrienes AA reacts to form lipoxins. Protein receptors expressed in an array of tissues throughout the body bind with the SPM to stimulate resolution. Lipoxins are formed through multiple enzymatic pathways that can also be triggered by the presence of aspirin or statins.

EPA is converted into a group of mediators referred to as E-series resolvins. The compounds serve a myriad of functions; from controlling acute and chronic inflammation, to helping abate neurological disorders and cancer, as well as stimulating tissue repair. In studies on inflammatory diseases, resolvins controlled vascular inflammation by modifying oxidized LDL uptake. Experiments using animal models of Alzheimer’s disease indicate that resolvins reduce neuroinflammation. They have also been observed sweeping debris from tumor cells treated with chemotherapy, thus preventing the stimulation of new tumor cell growth.

E-series resolvins are reliably beneficial compounds that many researchers are eyeing as a new therapeutic target. The D-series resolvins form from DHA and represent an even broader set of compounds. Like the E-series, they protect and repair human tissue. DHA can also be metabolized into maresins and protectins. Mucosa in the respiratory tract, for example, house DHA that can react with enzymes to form a compound called protectin D1, which clears inflammatory fluids from infected airways.

Both human and animal experiments indicate that increasing essential fatty acids helps the body initiate resolution and heal from inflammation.

Being infected with COVID-19 opens the possibility of a persistent inflammatory response that causes tissue fibrosis, necrosis and irreversible damage, making proper organ function impossible. A recent study1 showed that the blood plasma of patients with severe COVID-19 contained lower levels of lipid mediators than patients with a mild form of the virus. Infectious disease specialists are familiar with this outcome since pathogens commonly target SPM biosynthesis.

Resolution mediators have been widely studied in influenza infections, since different strains elicit a variety of host immune responses. Researchers found that the more aggressive the influenza strain, the more it suppressed lipoxin formation and protectin D1 production in cells. Protectin D1 interferes directly with the influenza virus’s RNA, limiting its replication. Strategic, deadly influenza strains, like H5N1, debilitate this cellular defense upon invasion, leading to a cytokine storm that can be fatal for the host.

However, a foreign body is not always necessary for an overactive immune system to impose harm. The most prevalent human pathologies—cancer, arthritis, metabolic syndrome, chronic pain, periodontal, cardiovascular and neurological diseases—are all rooted in chronic inflammation stemming from defective resolution. Now that this connection is widely accepted by researchers, more studies are focused on finding the cause in order to find solutions.

One interesting polymorphism study compared cardiovascular events by race and gender while documenting SPM levels. Coronary heart disease arises at similar rates in both Black and White patients, but cardiovascular events (such as myocardial infarction, rehospitalization and mortality) are disproportionately higher in Black patients. The researchers found that an important E-series resolvin is significantly lower in Black individuals compared with White. In addition, protectin D1 is lower in White males compared with White females and Black patients. The particular factors associated with these correlations were not determined, but the results highlight a need for more research.

The roles of SPMs have been studied in a range of infections, including bacterial, viral and parasitic. Resolving, as opposed to suppressing, an inflammatory response is now a burgeoning field in modern medicine. With continued research, clinicians may soon have treatment options beyond steroids and cytokine-blocking drugs to tamp down hyperinflammation.

Mice studies show that a decline in SPM levels contributes to delayed resolution response with age.

Last year, a panel of doctors from Switzerland published a set of dietary recommendations to optimize immune system health and help Swiss people have a successful recovery should they catch COVID-19. Not surprisingly, the physicians recommended increased consumption of food containing EPA and DHA.

Both human and animal experiments indicate that increasing essential fatty acids helps the body initiate resolution and heal from inflammation. These encouraging results have led many scientists to consider targeting SPMs in a pharmacological treatment.

Synthetic lipoxins and resolvins introduced into mice successfully reduced inflammation. Researchers observed a similar effect by indirectly stimulating lipoxin synthesis. Studies in young adults taking omega-3 supplements were given an intravenous lipopolysaccharide challenge (a common method for initiating an inflammatory response). Analysis of the participants’ blood plasma revealed that after a certain period of time, SPM concentration in their plasma increased to resolve the inflammation.

Recently, scientist have homed in on a unique source for SPM production: the vagus nerve. The longest of the cranial nerves, the vagus nerve runs from the brainstem, down the neck, then branches in different directions toward visceral organs. The nerve transmits motor and sensory signals from the brain to every part of the body.

A number of scientific studies are currently focused on understanding less intuitive tasks that the vagus nerve performs, for example, acting as a line of communication between the gut and the brain. A nascent area of medicine involves treating chronic inflammation by stimulating the vagus nerve using electronic implants. Neurosurgeons have successfully driven serious inflammatory syndromes into remission by sending electric pulses through the nerve. Studies show that electrical stimulation resets the nerve so it produces proresolving compounds, maresins, E-series resolvins, and protectins, in the blood stream instead of inflammatory molecules, like prostaglandins.

The amount of research on SPMs has grown to a critical mass, and a database now exists to allow scientists to sort through it all. The Atlas of Inflammation Resolution (AIR) is a recently developed web resource that gathers updated data on various SPMs. The site includes information on the biological processes involved along with details on the molecular pathways and interactions of the modulators. With increased interest in this area prompted by COVID-19, the site is likely to grow at a breakneck pace.

This development is important for several reasons. First, it represents a basic understanding of immunity, specifically relating to COVID-19. Second, the discovery of the biopathways described will be important for establishing and expanding our understanding in other bio applications in pharma. Lastly, the knowledge discovered here will likely have cosmetic applications in skin care.