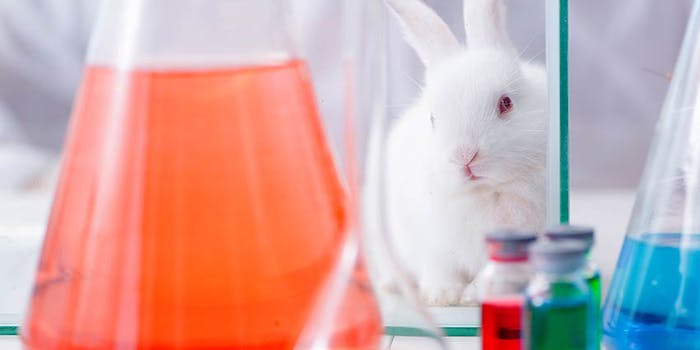 California lawmakers have passed a bill banning the sale of cosmetics tested on animals.

California SB-1249, which successfully passed through the California State Assembly, is now headed to the desk of Gov. Jerry Brown, reports The Hill. The publication notes that “the legislature was inundated with calls from California residents and celebrities urging the bill’s passage.”

The bill was passed after it narrowed its scope to include only products in which animal testing is a direct part of the supply chain. It will also allow for exceptions for products that must comply with requirements from the U.S. Food and Drug Administration (FDA) or other foreign agencies.

Products with exceptions can be sold in the state under the bill but cannot use evidence from animal testing to prove their products are safe for use in California.

In response to the news, the Independent Cosmetic Manufacturers and Distributors Association (ICMAD) released the following statement:

On Sept. 1, California lawmakers approved Senate Bill 1249, the California Cruelty-Free Cosmetics Act, and sent the Bill to Governor Jerry Brown for his signature. ICMAD was pleased amendments were ultimately made to the bill that saved more than 400,000 California jobs, while protecting consumers and continuing to prevent unnecessary animal testing.

Consumer health and safety is of the utmost concern to the cosmetics and personal care industry and ICMAD and its more than 900 member companies have long supported measures that will continue to reduce and we hope eventually eliminate animal testing. This is why ICMAD’s primary focus has been to advocate for national uniformity for the regulation of the cosmetics industry, which is where the issue of animal testing needs to be directly addressed through the support and development of alternative testing models and reference data bases.

The FDA has a long-standing record of consumer safety and strong national uniformity, and is the government body needed to set these types of laws, to ensure we don’t have a patchwork of regulations and maintain a responsible approach for consumer safety allowing continued innovation in our industry.