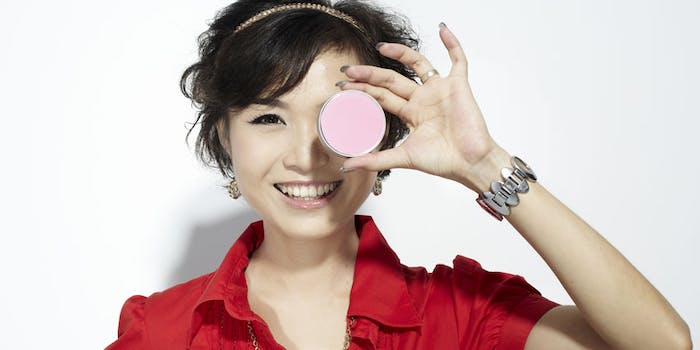 They say change is the only constant, which is apparently true even within a country deeply rooted in tradition: China. Since modern times, animal testing has been required for cosmetic products sold on the Chinese market in order to ensure consumer safety; especially in light of the number of knock-off products appearing there.

In fact, many multinational corporations have steered clear of China's huge cosmetic market potential due to the animal testing mandate; but things could be changing. Recent drives to bring animal testing alternatives to China appear to have opened up new opportunities.

As the NGO announced on June 22, 2018, "We have launched a ground-breaking pilot scheme that could pave the way for Leaping Bunny-certified cosmetics companies to sell in China. By partnering with Knudsen & Co., [a legal and regulatory liaison in China], and Fengpu Industrial Park, our project will help remove the remaining barriers of entry for cruelty-free cosmetics brands looking to manufacture and market their products in China."

Knudsen & Co. added, "Even though the option of avoiding animal testing by domestic production has been available for several years [in China], many foreign companies have been hesitant to enter the market due to the perceived risk of post-market animal testing."

In order to ensure Leaping Bunny standards are met, the project will involve the strict supervision of mandatory safety assessments. This will be accomplished in partnership with the Oriental Beauty Valley in the Shanghai Fengpu Industrial Park, which has agreed to participate in the pilot program with Cruelty Free International. The arrangement will provide an additional safeguard since manufacturing and testing will take place within this cosmetic manufacturing zone near Shanghai.

Michelle Thew, chief executive of Cruelty Free International, explained that brands will be invited into the pilot program, and through supervision of their filing process and an agreement with the government, they can file their product without animal testing and not run the risk of automatic post-market testing.

Recent drives to bring animal testing alternatives to China appear to have opened up new opportunities.

Furthermore, Knudsen & Co. will supervise the manufacturing and safety assessment testing. Participating companies will still be required to ensure all products pose no safety hazards to Chinese consumers.

Movement in the Making

The new pilot project follows last year's opening of China’s Zhejiang Institute for Food and Drug Control (ZJIFDC), a collaboration with U.S.-based non-profit organization the Institute for In Vitro Sciences (IIVS), which is also committed to ensuring product safety while using only animal-alternative tests.

The ZJIFDC collaboration was in response to an agreement between the National Institute for Food and Drug Control (NIFDC) in China and IIVS to continue bringing non-animal cosmetic test methods to China. In fact, earlier this year, the NIFDC reviewed two non-animal test methods for cosmetic ingredients: an in chemico test for skin sensitization and an in vitro test for eye irritation.

While these are just two recent examples, it seems smaller drives to replace animal testing in China have been a movement in the making...and now, it's finally moving.

Thew added, "This is a great opportunity for us to gauge the level of demand from international brands to register their interest in entering the market in China. This is a really exciting scheme that could benefit animals, consumers and cruelty-free companies alike.”

How might this impact trade? As Emily Dunn, the China government relations manager for Melbourne-based Swisse Wellness, said in Financial Review, "We are quite excited about the potential for the normal trade channel to open up. We are following the pilot and while we have not confirmed yet we will be a participant, we think Chinese consumers are very focused on natural products."

According to AFR, China's cosmetics market is expected to become the biggest in the world, due in part to a drastic increase in the spending power of the country's middle class. Estimates vary but one projection expects it will reach US $56.84 billion (374 billion yuan) in 2018 compared with $41.95 billion (276 billion yuan) in 2013.