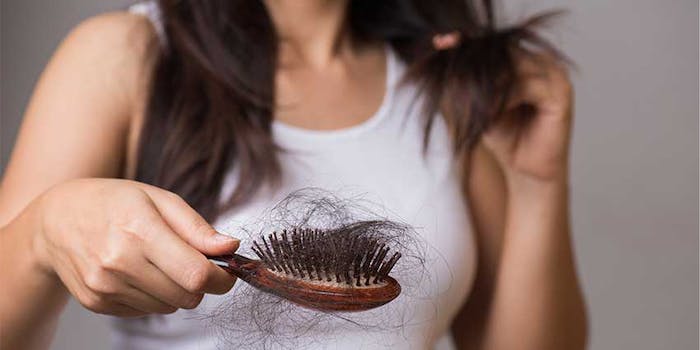 A recent class-action lawsuit emerged with Unilever and Conopco Inc. for its TRESemmé Keratin Smooth Color Shampoo for containing DMDM hydantoin, which is believed to cause hair loss and scalp irritation for consumers.
ID 143409702 © Siam Pukkato | Dreamstime.com

Unilever/Conopco Inc. is reportedly involved in a class-action lawsuit related to its TRESemmé Keratin Smooth Color Shampoo. The shampoo contains DMDM hydantoin, which is alleged to have caused hair loss and scalp irritation. Whether the suit is deemed unfounded has yet to be seen, as the ingredient has a long history of safe use; however, it will no doubt raise the eyebrows of some consumers.

According to the legal documentation, plaintiff Emily Castillo says that Unilever misrepresents its TRESemmé Keratin Smooth Color Shampoo as safe, effective and “formaldehyde-free.” Castillo stated she purchased the shampoo believing the product could help improve her hair’s health and appearance but instead, allegedly, it caused scalp irritation and hair loss. As stated, it is believed these adverse experiences could be linked to DMDM hydantoin, which has been used as a preservative in hair care products for years.

Alleged Irritation and Hair Loss due to DMDM Hydantoin

Castillo argues that she and other consumers were not warned about the potential for scalp irritation and hair loss before purchasing the TRESemmé keratin shampoo. The same legal document states, “At least one ingredient in the product, DMDM hydantoin, is a formaldehyde donor known to slowly leach formaldehyde when coming into contact with water. Formaldehyde is a well-known human carcinogen that can cause cancer and other harmful reactions when absorbed into skin.”

Previously, Unilever faced legal action over this ingredient and its Suave Professionals Keratin Infusion products. That complaint triggered a recall of the products in 2012 and a 2016 settlement worth $10.25 million.

“Despite having public knowledge since at least 2012 that DMDM hydantoin as a formaldehyde donor can cause or contribute to hair loss and scalp irritation, Unilever continued to include this ingredient as a preservative in its products, and even goes so far as to represent to the public that DMDM hydantoin is safe for use in its hair care products,” the TRESemmé hair loss class-action lawsuit alleges.

On the Contrary: DMDM Hydantoin Safety

On the contrary, industry expert Perry Romanowski, a consultant and former formulator on the TRESemmé brand, commented on the lawsuit, "[T]his lawsuit is not credible. There is zero scientific evidence to indicate DMDM hydantoin would cause any hair loss. ... Numerous hair care brands use DMDM hydantoin in formulas and have done so for many decades. If this ingredient was causing hair loss problems, certainly the ingredient would have been noticed by consumers long before now."

He continued, "The Cosmetic Ingredient Review (CIR) and Scientific Committee on Consumer Safety (SCCS) have reviewed safety data and have concluded that DMDM hydantoin is safe for use in cosmetics at appropriate levels. There is no scientifically validated evidence that DMDM hydantoin or anything else in TRESemmé causes hair loss."

Follow the Cosmetics & Toiletries newsletter for updates on this lawsuit.