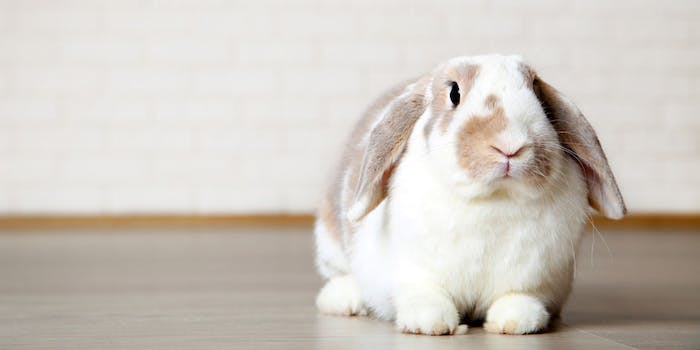 Few subjects in the world of cosmetics have generated the fury and debate as that of animal testing. Originally developed as a means to ensure the safety of products for human use, it has become the target of individuals and organizations outraged with its cruelty and widespread use. While there has been some degree of understanding of its use for pharmaceuticals and medical devices, its use for cosmetics has become a lightning rod for special interests and legislators who want it to stop.

The roots of animal testing lies in early Greek biomedical research. Physician-scientists including Aristotle, Erasistratus and Galen performed animal experiments to advance anatomy, physiology, pathology and pharmacology.1 In the 12th century, an Arab physician named Ibn Zuhn introduced the use of animal testing to evaluate surgical procedures before attempting them on humans.1 Since then, animal testing became quite popular as a means to supply greater understanding in medical research, ultimately revolutionizing human health outcomes.

As pharmaceutical science became advanced in the 19th and 20th centuries, a number of health disasters made scientists take stock of their work and look for ways to better predict the safety of pharmaceuticals before they were used in the human population. Most notably, disasters surrounding the use of diethylene glycol (DEG) and thalidomide are examples of pharmaceutical agents that led to tragic outcomes. These two incidents helped move U.S. regulators to implement animal testing as a mainstream protocol for safety evaluation.

In 1937, an American company used DEG as a solvent in the preparation of a drug called Elixir sulfanilamide, which was used to treat a variety of illnesses from sore throats to gonorrhea.2 Not knowing the poisonous nature of DEG and without any animal testing performed, the product was marketed in the U.S., leading to the death of more than 100 people.2 Due to this tragic event and the public outcry accompanying it, the 1938 Federal Food, Drug, and Cosmetic Act was passed, requiring the safety testing of all drugs on animals before they were approved for sale.

Another infamous event occurred in the late 1950s and early 1960s. Thalidomide, originally marketed as a sedative or hypnotic, soon became a common drug for alleviating nausea and morning sickness in pregnant women.3 It was later found that thalidomide could pass through the placental barrier and cause phocomelia in infants, a rare disorder causing malformed limbs.3 Worldwide, the drug caused more than 10,000 babies to be born with phocomelia; those born with the defect saw a mere 50% survival rate.3

Although the U.S. Food and Drug Administration (FDA) never approved thalidomide for sale in the U.S., large human clinical trials were still being conducted. These horrific events prompted the U.S. to re-evaluate its drug approval system and create amendments to the 1938 Act that would intensify safety regulation. Of these changes, animal testing found itself in the heart of all new drug safety testing protocols.

In particular, testing on rodents became common. Mice actually share 95% of human genetics and have very similar organ structure and systems, making them excellent predicators for drug testing. Beyond their value for drugs, they became common in evaluating medical devices. Medical devices must have the ability to function with living tissue without harming the tissue.4 This is called biocompatibility and is an obvious necessity within medicine. For example, stainless steel and ceramic are two materials frequently used within the biomedical industry with excellent biocompatibiliy.4 Animal testing comes into play for medical devices when new materials are introduced without knowledge of their biocompatibility.

However, as animal testing proved useful in pharmaceuticals, it became a common tool to ensure the safety of chemicals used in non-medical applications. What we are experiencing today is a lack of tolerance with its use for any application that is seen as discretionary. This no doubt has led to the inspiration behind two bills in Canada and the U.S., following the developments in the European Union (EU) and China.

The Humane Cosmetics Act introduced in the U.S. also aims to ban animal testing in any U.S. laboratory for both cosmetic ingredients and finished products.6 While the U.S. does not specifically require animal testing to substantiate the safety of products, the FDA has consistently advised cosmetic manufacturers to use whatever they find appropriate and effective to validate the safety of their products.

In recent years, animal testing for cosmetics in the EU and China has been substantially changed and, in some cases, completely eradicated. In 2003, the EU passed a law banning the testing of cosmetics and their ingredients on animals.7 This seventh amendment to the Cosmetics Directive imposed a timeline for phasing out animal testing. Finally, after the 10-year phase-out period, a complete ban of animal testing on all cosmetic products and ingredients came into effect in 2013.8

The Chinese Government also changed their laws last year to no longer require animal testing on domestically produced ordinary or normal cosmetics 9, which include products like makeup and frangrances.9 Although China has made substantial progress towards reducing animal testing, it can still require foreign importers to use it as well as domestically produced special-use products such as hair dyes, perms and hair growth products, deodorants, sunscreens, skin-whitening creams and products that have functional claims on product labels.9

This makes quite the ethical dilemma for companies that wish to be a part of the important Chinese market, yet feel ethically obliged to follow their cruelty-free policy and end the practice of animal testing of their products. Perhaps the most recent changes to China’s animal testing practices is the beginning of a movement towards a more comprehensive phase-out strategy to replace animal testing with alternative safety tests.

The development of alternatives to animal testing safety assessments has seen significant progress and includes:

The FDA states that some animal testing is still required for pharmaceuticals, because it allows “scientists (to) measure how much of a drug is absorbed into the blood, how it is broken down chemically in the body, the toxicity of its breakdown products (metabolites) and how quickly the drug and its metabolites are excreted from the body.”10 These findings provide essential feedback on their ability to root out potentially dangerous ingredients and compounds.

In the world of cosmetics, sensitive questions remain. New chemical entities are constantly being developed for the industry. More and more of these ingredients are considered “active ingredients” because they claim to influence the structure or function of the skin. While strictly speaking, these could be considered drug entities; so far they are in most jurisdictions still regulated as cosmetics as long as the claims made about the finished products are restricted to cosmetic claims.

The questions we must face as an industry include: what constitutes adequate and sufficient safety testing for these new entities? Are the in-vitro methods sophisticated enough to stop serious, unexpected adverse reactions and allow a completely new molecule access to the market? In this complex regulatory controversy, one thing is certain: regardless of the methodologies used to assess safety, manufacturers of ingredients and finished products are being held to the highest safety standards ever, by consumers, non-government organizations and government regulators.