Merck KGaA has acquired Suzhou Taizhu Technology Development Co., Ltd. (Taizhu), a leading effects pigments supplier located in China. With total revenues of more than € 14 million in 2008 and 300 employees, Taizhu is one of the largest effects pigments companies in the Chinese market. According to Merck, this acquisition is of high strategic importance to its pigments business.

Within the scope of this transaction, Merck has acquired the production site of Taizhu in Taicang, 40 km from Shanghai, as well as the entire sales and marketing organization in China and abroad for a total consideration of € 28 million. Klaus Bischoff, head of the performance and life science chemicals division at Merck, stated in a press release, "The transaction is highly attractive for Merck because Taizhu’s products complement our premium product portfolio ... and, in recent years, Taizhu has built an outstanding reputation as a reliable source of high-quality effect pigments."

China is one of the world’s fastest growing markets and is forecasted to become the second biggest effect pigment market by 2010, second only to the United States. Merck's Chemicals business subsidiary has been operating in Shanghai since 1997. About Taizhu Suzhou Taizhu Technology Development Co. Ltd. was founded as one of China’s first private companies in 1988. With total revenues of more than € 14 million and its 300 employees, Taizhu ranks among the world’s largest manufacturers of effect pigments. 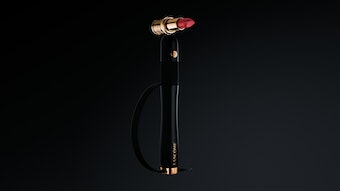 L'Oréal's Lancôme will pilot HAPTA's leveling device with a lipstick applicator, followed by additional makeup applications in the future, per the company.
Jan 4th, 2023