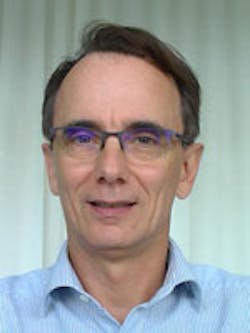 Jean-Christophe Choulot, Ph.D., is currently the director of R&D for Caudalíe. He most recently served as R&D Manager at Ales Groupe from 2005 to 2018, and collaborated with Laboratoires Expanscience from 1998-2005 as cosmetic development manager. Additionally, he worked with Alban Muller in 1996, and Pierre Fabre in France and the United States prior to that.

Choulot is trained as a pharmacist, having received his doctorate degree in pharmacy at Université de Pharmacie de Lyon, where he also earned his master's degree in biological and medical sciences. He extended his education with studies in pharmaceutical sciences and toxicology/safety at Université Lumière Lyon 2 and Vrije Universiteit Brussel, respectively.