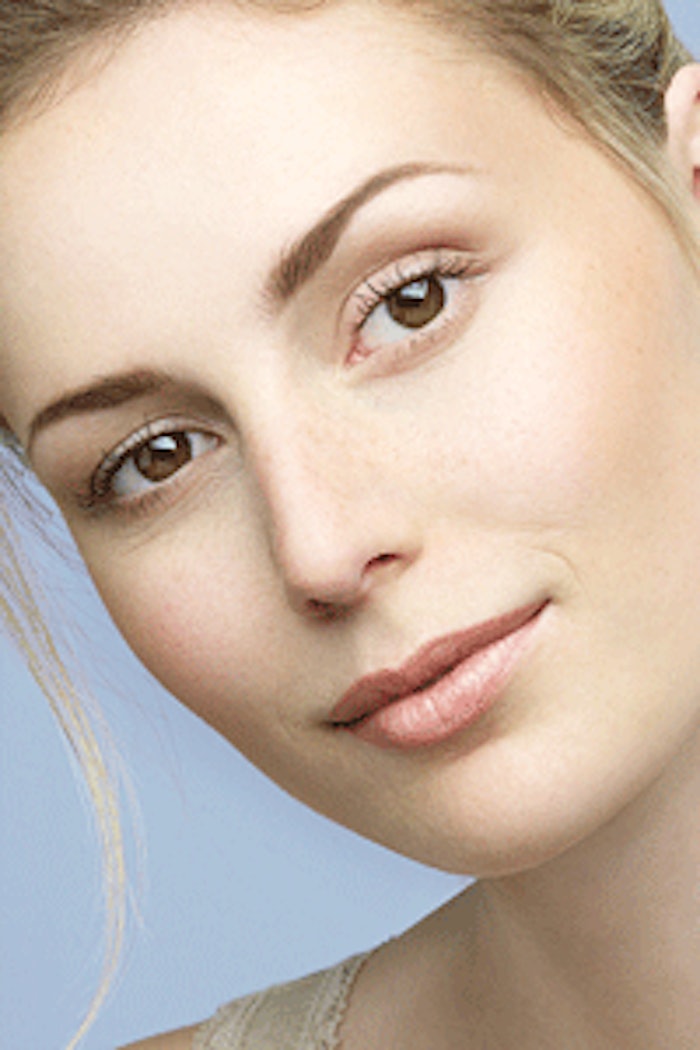 The human body constantly loses heat to the environment. There are four main heat transfer modes by which the human body loses heat: radiation, convection, evaporation and conduction. These modes depend on the person's level of activity and the environmental conditions. More than 90% of the total heat loss occurs through our skin. External factors like temperature, relative humidity and wind play an important role in the speed with which temperature is lost from the human body. Endogenous factors such as body temperature, conduction of heat by tissue and transfer of heat by blood circulation also play an important part.

The skin plays active and passive roles in insulating the human body. The subcutis, mainly containing fat cells (adipocytes), has a passive thermal insulative function, comparable to the subcutaneous fat of arctic animals. The fat conducts heat poorly, compared to tissues with high water content. The formation of goose bumps, or piloerection, is an active, but pointless role human skin plays in trying to preserve heat. The aim is to enhance air-trapping and thermal insulation. With evolution, humans have maintained this system of thermal insulation, even though the system only works when there are enough hair to raise.

The most important way in which skin plays an active role in thermally insulating the human body is by controlling skin microcirculation. The blood vessels in skin are arranged to either dissipate or conserve heat. The skin microvasculature forms several capillary nets which are all connected.

To maintain the body core temperature in the cold, strong vasoconstriction occurs, diminishing the skin blood flow to below 1/10 of its normal magnitude of 450 mL/min. A decrease in skin temperature leads to a decreased activity of the skin cells and immune cells in the skin. Therefore, the body reduces the skin blood flow through the hypothalamus to sacrifice the skin, simply accepting the loss of cellular functionality of all cells in the skin.

These creams supply the surface of the skin with an extra protective layer, which reduces the skin's exposure to climatological influences. On the other hand, these formulations are mainly based on high concentrations of mineral oils, petrolatum and waxes. When formulated in high concentrations in barrier creams and cold creams, mineral oil, petrolatum and waxes lead to the formation of an occlusive film on top of the skin, but also have a negative impact on the skin feel and spreadability of the formulation. Therefore, CLR developed a compound that protected skin from the environment while providing a pleasant skin feel.

ProBarrier CLR (INCI: Water (aqua) (and) Caprylic/Capric Triglyceride (and) Copernicia Cerifera (Carnauba) Wax (and) Decyl Glucoside (and) Pentylene Glycol) is an ingredient offered by Chemisches Laboratorium Dr. Kurt Richter GmbH (CLR) that is an aqueous suspension of waxy particles (approx. 0.3 µm). The particles comprise a mixture of carnauba wax and caprylic/capric triglyceride. When ProBarrier CLR is formulated at 3%, a homogeneous and persistent film is formed on the skin, as shown in Figure 1. In extensive experiments, it was proven that the particles maintain their properties over time and do not dissociate in cosmetic formulations.

Validating the protective effect of a cosmetic formulation against the cold implies measuring the skin surface temperature. This is possible by using a thermal imaging system, a technology that was applied in the efficacy study described below, where a formulation containing 3% ProBarrier CLRwas compared to a placebo and a benchmark formulation often used to protect the skin against the cold (positive control).

To determine whether ProBarrier CLR can help protect skin against climatological influences as effectively as a benchmark product in the field of barrier and cold creams, a clinical study was performed. In this study, it was also assessed if ProBarrier CLR gives cosmetic formulations a superior feel on the skin.

To make sure the study was constructed as objectively as possible, ProBarrier CLR was formulated in a rich base cream at 3%, where the base cream functioned as the placebo formulation, as detailed in Table 1. As the formulations show, the base cream contained a large oil phase with high concentrations of fatty alcohols and fatty acid esters, as well as shea butter. The richness of the benchmark formulation is instantly recognizable as a result of Paraffinum liquidum (mineral oil). Cera Alba (beeswax) also strongly influences the performance as a barrier cream and the skin feel of the formulation.

The volunteers came to the study site and waited for 15 min under room conditions to acclimate to room temperature. Afterwards, the test products (approx. 2 mg/cm²) were applied on one-half of their face, according to a randomization plan. The volunteers stayed under room conditions for another 15 min for the water from the formulations to evaporate sufficiently. After this second waiting period, they entered a special acclimated room with a temperature of -5°C for 1 hr. Thermographic measurementsa were conducted three minutes, 30 min and 60 min after entering the room. After the last measurement, the subjects left the low-temperature room. At the end of the study, a questionnaire was completed. The volunteers were asked the following questions regarding the cream with 3% ProBarrier CLR and the benchmark formulation: do you think this cream leaves a film on the skin that clogs the pores; and to what extent does this cream protect your skin from drying out?

In the 30 year old female, better performance was also seen with the formulation containing 3% ProBarrier CLR than with the placebo. The differences were especially evident after 30 min, as seen in Figure 4.

Questionnaire: As shown in Figure 5, The answers to the question on clogging pores implies that the volunteers judged the formulation with ProBarrier CLR to be less occlusive and more pleasant. In addition, the answers to the drying skin question indicate that the perception of richness and moisturization are similar for both formulations (Figure 6).

Table 1. Formulations for the placebo and the barrier cream with ProBarrier CLR

To make sure the study was constructed as objectively as possible, ProBarrier CLR was formulated in a rich base cream at 3%, where the base cream functioned as the placebo formulation (see Table 1). 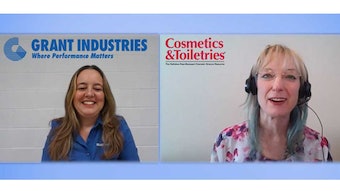 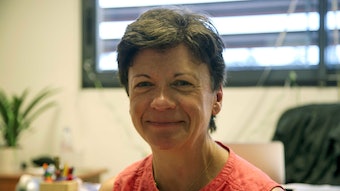 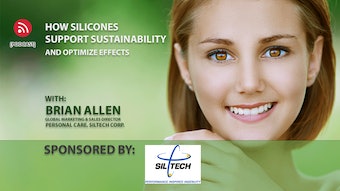 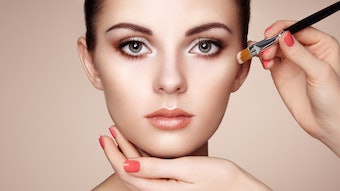 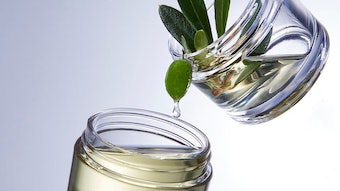 Biophytosebum is reportedly shinier, more easily spread and as smooth as a volatile silicone, as well as less greasy than a film-forming one.
Mar 29th, 2022 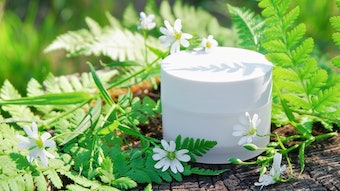 Silube Sustain-S is a glucose-modified aminoalkyl silicone in a 100% natural and fully biodegradable carrier.
Mar 14th, 2022 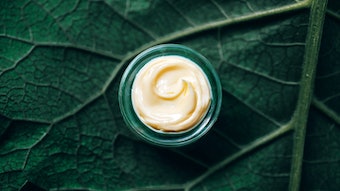 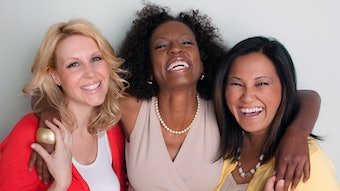 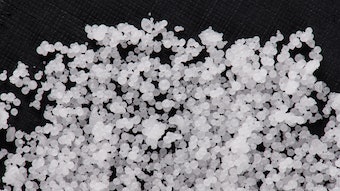 This partnership with Deveraux Specialties and AGC Chemicals bolsters the distribution of Solesphere Gels for skin care, cosmetic and sunscreen formulations.
Feb 16th, 2022 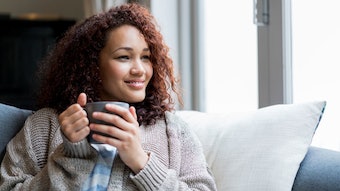 Based on 100% renewable ingredients, Cetiol SoftFeel enables eco-friendly and waterless formulations, and acts as an alternative to cosmetic-grade petrolatum with similar sensorial properties and occlusivity.
Feb 16th, 2022