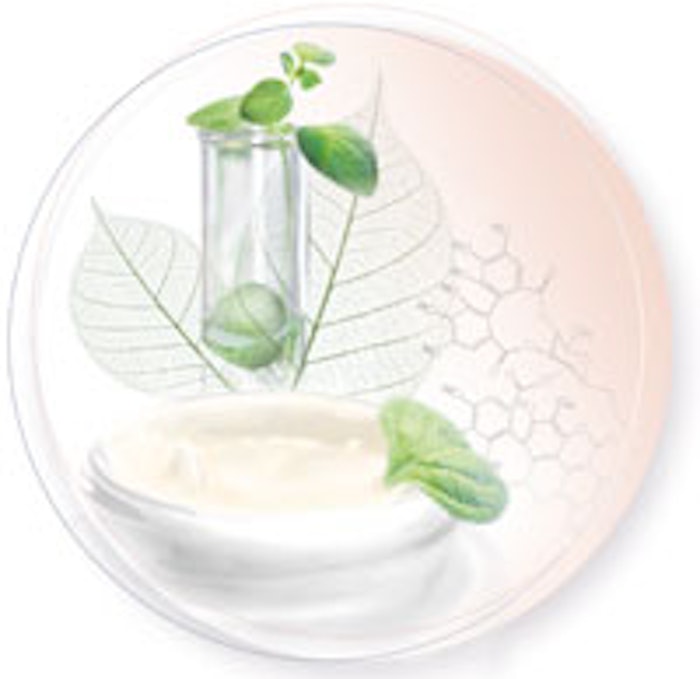 More than 50% of men and women complain of skin discomfort described as sensitive, reactive, intolerant or even irritable. Sensitive skin is characterized by an impaired skin barrier, which causes severe dehydration, allows for the easier penetration of irritating substances, and over-produces free radicals associated with an exacerbated inflammatory response, leading to an abnormally high secretion of cytokines (pro-inflammatory molecules). These phenomena result in the appearance of redness, itching and other skin discomforts and in the long-term, lead to accelerated aging of the skin.

Polyphenols are well-known antioxidants and in the past few years, multiple studies have brought to light their various therapeutic properties. In particular, studies have shown tannins to exhibit astringent and anti-inflammatory properties. Thus, Alban Muller's laboratories have developed an active ingredient, Cytokalmine® (INCI: Maltitol (and) Punica Granatum Pericarp Extract), that is rich in phenolic compounds, especially tannins, punicalagin and ellagic derivatives, for the care of sensitive and reactive skin. Here, the company presents research findings of the ingredient's anti-inflammatory and antioxidant properties.

The soothing activity of Cytokalmine® was first evaluated in vitro by measuring the effects of the native extract on the secretion of three inflammatory cytokines: IL-6, IL-8 and MCP-1. Results were compared with those of the standard polyphenol punicalagin contained in the plant (see Figure 1), which has known anti-inflammatory properties. Caco-2 cells, model cells of the human intestinal barrier, were cultured as a monolayer in a plate up to confluence. After 21 days of culture, the cells differentiate into enterocytes.

The differentiated cells were incubated for 1 hr with increasing doses (0-50 µM) of punicalagin extract, as a reference, and the test extract, which naturally contains up to 7% punicalagin, to compare their anti-inflammatory efficacies. The cells were then incubated for 24 hr in a medium containing a mixture of pro-inflammatory molecules including TNF-α factor, IFN-γ, LPS and IL-1β to trigger the inflammatory reaction process. Finally, the supernatants were recovered and centrifuged at 3000 g for 10 min in order to quantify the inflammatory cytokines secreted. This quantification was carried out by the immuno-enzymatic ELISA-sandwich technique.

Next, the effects of Cytokalmine® on reactive oxygen species (ROS) production were compared with those a standardized Ginkgo biloba extract (24% flavones glycosids, 6% ginkgolids and bilobalids), which is known for its antioxidant efficacy. The antioxidant activity was tested on neutrophils derived from human blood samples. The cellular suspension of neutrophils was isolated and incubated in wells with increasing doses (0-25 µg/mL) of Cytokalmine® or ginkgo extract for 10 min at 37°C. After incubation, the neutrophils were activated by phorbol myristate acetate to stimulate ROS production.

Figure 3 shows the dose-response results of Cytokalmine® vs. ginkgo standardized extract on the production of ROS. Cytokalmine® significantly reduced the fluorescence emitted by the oxidation reaction. In fact, only 5 µg/mL of the Cytokalmine® was required to reduce ROS production by 50%, compared with the ginkgo extract control, which required 2 to 5 times this amount to achieve the same efficacy.

By reducing the production of free radicals and lowering the secretion of inflammatory molecules, Cytokalmine® has been shown to impart soothing effects. Ideal for soothing sensitive and reactive skin, this active also helps to protect skin from factors responsible for premature aging. Cytokalmine® is thus recommended for soothing, preventive anti-aging care products as well as eye contour and after-sun care products and men care products.