Granactive Retinoid: The Power of Retinol without the Irritation 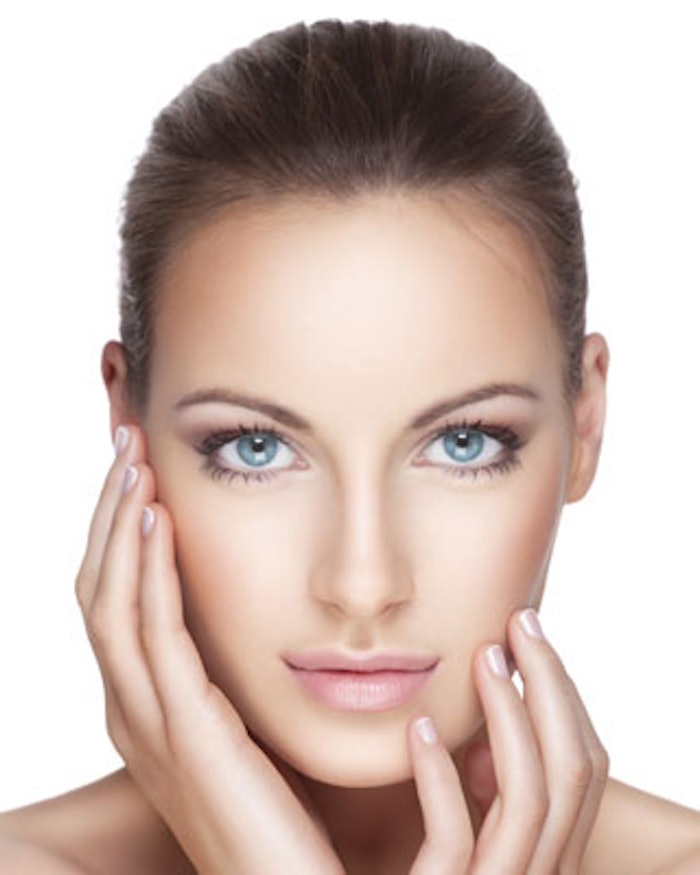 Granactive Retinoid (INCI Name: Dimethyl Isosorbide (and) Hydroxypinacolone Retinoate), is a cosmetic grade ester of all-trans retinoic acid. This skin care active ingredient belongs to a class of chemical compounds called retinoids, which are natural and synthetic derivatives of vitamin A, capable of binding to retinoid receptors. The binding of retinoid receptors can enhance gene expression, which effectively turns key cellular functions on and off. When skin cell retinoid receptors are bound with retinoids, a cascade of mechanisms that benefit the skin complexion are switched on. This can result in enhanced cell proliferation, biosynthesis of extracellular proteins and glycans, and improved cellular turnover. Stimulating these age-defying processes in the skin is critical for fighting and reversing signs of aging.

Stimulating cell proliferation and cell turnover are important for normalizing cell renewal and repair processes. As humans age, skin becomes thinner and less elastic, leading to skin with a loose, sagging, and wrinkled appearance. Granactive Retinoid (now referred to as ‘the novel retinoid’) helps renew skin plumpness, elasticity and hydration to provide a radiant and fresh appearance. Moreover, the novel retinoid stimulates skin cell proliferation; restoring thickness to skin that has become thinner over time. These processes help fill in lines and wrinkles to give a youthful appearance, while safeguarding skin from further wrinkle development. The effectiveness of the novel retinoid at filling lines and wrinkles can be seen in Figure 1.

The novel retinoid is highly recommended for promoting clear skin when used in conjunction with monographed anti-acne treatments. This cosmetic ingredient promotes cell turnover and renewal, which translates to improved skin clarity and the appearance of a healthier complexion.

Although the benefits of retinoids have been known for decades, skin irritation, photochemical instability, and toxicity concerns have hindered their use. Retinoic acid is a topically applied ingredient recognized for its anti-ageing benefits; however, it can be irritating to skin and is sold as a prescription medication. In recent years, milder synthetic and natural derivatives have become popular alternatives to retinoic acid. These derivatives are metabolized to the active form by skin cells.

Retinol (vitamin A) is the most popular topical retinoid used to date, but its skin irritancy and instability to sunlight has limited its scope and appeal. Retinol esters are often used to lower the irritation potential and increase stability, but a tradeoff is decreased retinoid activity and benefits.

Opportunities in Vitamin A Skin Care

The novel retinoid is a next-generation anti-aging product, delivering the performance of retinol and retinoid derivatives with significantly lower irritation potential, thus supporting clear, visibly more youthful looking skin with better consumer acceptance. The mechanism of action of the novel retinoid is advanced compared to retinol derivatives. To interact with retinoid receptors, retinol must first be metabolized to more active forms, such as retinaldehyde and retinoic acid using several enzymatic steps. The novel retinoid is unique in that it processes innate retinoic activity, binding directly with retinoid receptors without the need for metabolic breakdown to more biologically active forms. The novel retinoid is dermatologically tested to offer less irritation potential than retinol, providing a gentle, safe and effective anti-aging retinoid (see Figure 2 and Table 1).

Retinoids are widely regarded as being among the most powerful (if not the most powerful) and effective anti-aging active compounds available. The two primary reasons the use of retinoids is not universal are issues surrounding irritation potential and stability. Addressing these issues without adversely affecting efficacy provides a breakthrough in opportunities with vitamin A in cosmetic formulations.

Retinoids are known to have positive effect on aged skin.1 The novel retinoid combats the appearance of fine lines and wrinkles for a younger appearance while increasing skin elasticity for firmer, smoother skin texture. This is achieved because retinoids increase the rate of skin turnover, while also reducing the rate of collagen breakdown, leading to plumper, younger looking skin.

The same process improves overall skin clarity, and appearance is enhanced for a healthier complexion. Dark spots and skin imperfections are reduced for a more even skin tone as a result of the retinoid’s promotion of skin cell-sloughing and a slowing effect on melanin production, which gives a brighter and more luminous appearance to skin. Reduction in pore size is observed, leading to an overall increase in skin clarity. The novel retinoid delivers high performance compared to retinol derivatives, but with a significantly lower irritation potential.

The novel retinoid is intended to support anti-aging and anti-acne beauty treatments by providing low irritating, effective active delivery in daily maintenance applications. The novel retinoid is available as a concentrated and easily formulated anhydrous matrix containing 10% of the retinoid active in a premium delivery solvent. This offers easy formulation into O/W emulsions, W/O emulsions and other formula types.

Applications include (but are not limited to) skin care, color cosmetic and body care formulations. For anti-acne claims, the retinoid must be co-formulated with an approved anti-acne active as subject to regional legislation. The novel retinoid should be added to the oil phase of all emulsion types, with a clinical use level of 1-2%. Higher levels are possible without irritation, depending on the formula.

It is recommended to formulate the novel retinoid in a manner that avoids infusing air/oxygen into the final cosmetic product. Like all retinoids, the highly specific set of conjugated double bonds are susceptible to oxidation resulting in degradation. As a result, conventional antioxidants such as vitamin E, BHT, BHA etc. are recommend to help protect the novel retinoid in the formula. However, the novel retinoid was found to have 10 times better oxidative stability than retinol in DMI in thermal stress testing (see Thermal stress stability testing of Granactive Retinoid vs Retinol in dimethyl isosorbide).

Granactive Retinoid is compliant in most global regions, including China. It is listed as an approved existing ingredient on China’s 2014 IECIC list.

Granactive Retinoid offers formulators the ability to harness the powerful anti-aging properties of retinoid without irritation and stability issues traditionally associated with older generations of vitamin A analogues.

The ingredient can be incorporated into a wide variety of formulations and perfectly fits the global trend towards milder products.

Due to its superior irritation and stability profile, Granactive Retinoid allows new and exciting opportunities with vitamin A, one of the most trusted efficacious anti-aging active ingredients.

Reference
1. S Mukherjee, A Date and V Patravale, Retinoids in the treatment of skin aging: An overview of clinical efficacy and safety, Clin Interv Aging 1(4) 327-48 (2006)

Sample preparation: Granactive Retinoid is 10% wt. hydroxypinacolone retinoate in dimethyl isosorbide (DMI). Retinol (>95%, Sigma‐Aldrich) was dissolved in DMI. Both samples were prepared to a working stock concentration of 0.1% wt. and were stored in low actinic glass bottles under a blanket of nitrogen gas.

Experiment: Both samples were subjected to thermal stress stability testing. The samples were placed in a heated water bath at 50°C and shaken. An aliquot was removed at specified times and tested by high performance liquid chromatography (HPLC).

The retinoid compounds were subjected to accelerated degradation by thermal stress testing. Both compounds show signs of decomposition by being stored under atypical conditions. It is apparent from the HPLC data that under similar conditions that the retinol is highly unstable. Granactive Retinoid shows up to 10x more stability than retinol in DMI especially when comparing the 50% residual content.