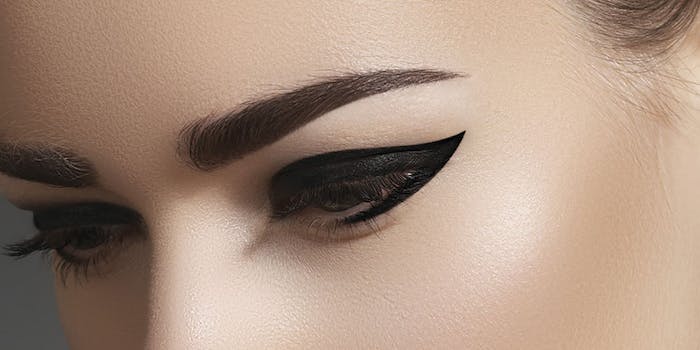 The cosmetics industry plays a part in the discussion in society of self-esteem. By helping people make the best of themselves, it helps them feel good, too. The contributory factors to self-esteem are complex and far-reaching. In 2004, the Cosmetic, Toiletry and Perfumery Association (CTPA) commissioned research into the significance of self-esteem and its relevance to our working lives. From this, an independent report, “The Self-Esteem Society,” was released.1 This highlighted self-esteem as the lifeline for modern living that lies at the heart of success in modern societies.

The report also argues that self-esteem is more important today than ever before. By analyzing a range of influences including family, financial status and appearance, the report showed that we as a society lead increasingly open-ended lives with fewer universal values. People are responsible for creating their own individuality; however, our society has high aspirations and our self-confidence is regularly tested as we struggle to meet the standards we create for ourselves. To advance research in this area, interdisciplinary teams can bring new, different and thought-provoking perspectives.

Take skin, for example, which is essential to determining body image. Indeed, a unique symposium was organized this year by the Community Dermatology Task Force of the International Society of Dermatology and hosted by the Well-being Research Hub at London College of Fashion. This aimed to foster new interdisciplinary collaborations between science, art and the humanities.

The Western world needs to consider the positive and negative impact of skin appearance, health and adornment on daily life. Scientific approaches often do not warrant emphasis on the emotional importance of therapy and skin care but skin is in the “ultimate interface” of many disciplines: dermatology, psychology, cosmetic science, cosmetic surgery, photography, fashion, etc. Put another way, skin is “the membrane of all membranes,” and can protect us physically, emotionally and even spiritually.

Skin plays different roles in social signaling—from camouflage and decoration through makeup, to displays of emotion such as blushing and health status, e.g., fertility. The remit and definition of “beauty,” the responsibilities of the cosmetics industry and how to better to deal with preconceptions are changing. Interestingly, it has been suggested in recent years that “selfies” should be taken as an appreciation and celebration of differences, building on positive body image initiatives and challenging preconceptions.2

Linking skin appearance to mental well-being, psycho-dermatology has grown in importance as a discipline, as skin condition-related stigma, such as psoriasis and vitiligo, and body dysmorphic disorder (BDD) are on the rise. However, new social initiatives in advertising are being made in attempt to change negative perceptions; for example, Changing Faces,3 the leading UK disfigurement charity campaign for face equality.

As the emphasis for good looks drives expectations down from those affected by undesired cosmetic conditions or “disfigurement,” the public tends to focus on suffering and sympathy as opposed to value and opportunity. Prejudices often include not only rejection, but also a pressure to “fix” one’s appearance, usually surgically.4

Drawing on data from interviews with women in the U.K. and U.S., over a 20-year period, in consumer psychology, women’s accounts of “appearance-fixing” were complex and ambivalent responses to socio-cultural pressures to look youthful. While they critique and try to resist these pressures, these opinions seep into their daily lives in significant ways, affecting experiences of embodiment and interactions with others.5

However, a recent British study challenges the view that the media’s obsession with a youthful appearance can have detrimental effect on older women bombarded with images of youthfulness. The study showed that although older women objected to the negative portrayal in the media, and to pressures to conform to a youthful appearance, they were not unduly influenced. They were in favor of looking “good” rather than looking “young” or “younger.” The majority also was not interested in cosmetic surgery.

Perhaps the notion that older women are weakened by the pressures of media representations of youthfulness is, in general, no longer valid in Britain. Yet, the perception might be specific to the 60+ group. Menopause is a time of a complex and individual transition and there is a sense of confusion for women experiencing this due to contradicting medical advice and societal expectations of body image. Psychology could highlight the importance of adaptive coping to enhance well-being across this transition—and cosmetics could serve as a tool for self-management.