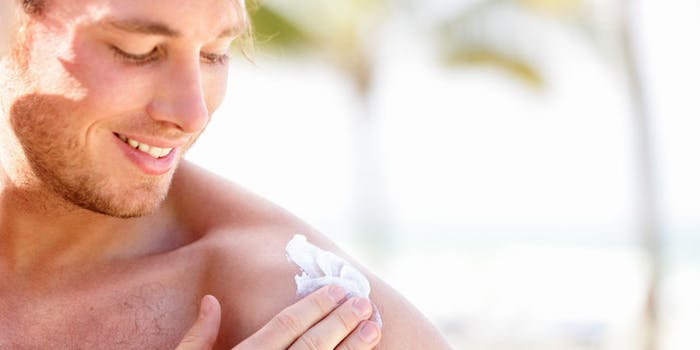 Overexposure of human skin by UV light leads to sun-burn, an increased risk for skin cancers and also premature aging of the skin. Although the role of UVA is not entirely known, it is now widely recognized that a certain UVA protection must be ensured in the development of sunscreens.

More than 90% of ultraviolet energy received by the unprotected skin comes from the UVA range. Because there is no natural immediate warning sign similar to sunburn for UVB radiation, sunscreens with poor UVA protection may be transmitting vast amounts of UVA radiation onto the skin. This has even led to the assumption that sunscreens may contribute to rather than protect against skin cancer.

The example in Table 1 illustrates the effect of three sunscreens with the same degree of sunburn protection of SPF 8, but different degrees of UVA protection. The examples were calculated by using the standard CIE solar spectrum and a sunscreen simulator.

The UVA dose received during sun exposure varies largely, without causing any short-term effects. A person of photo-skin type 2 (fair skin, easily burned and rarely tanned) can expect mild sunburn after a sun exposure of about 15 min without protection. During this period that person receives a UVA dose of 5.5 J/cm2. With any SPF 8 sunscreen, the amount of time to get mild sunburn is, by definition, two hours for that person.